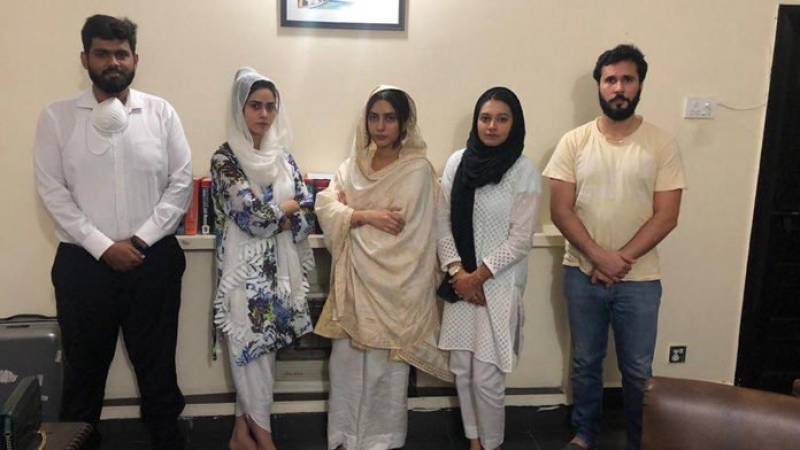 Actor Uzma Khan on Tuesday withdrew the case against three women and their armed guards who used their influence to break into Uzma’s home, just to threaten and harass her.

Reports emerged earlier revealing that both parties have settled the matter out of court.

Videos showing violence carried out on both sisters set social media ablaze and calls for justice were made.

However, now Uzma has submitted an application to Defence C Police, confessing that the case FIR lodged last week was registered “on the basis of a misunderstanding” and that she wants to drop it.

Her sister, Huma, also denied the occurrence of any such incident taking place.

Uzma’s counsel Khadija Siddiqui also disassociated herself from the case.