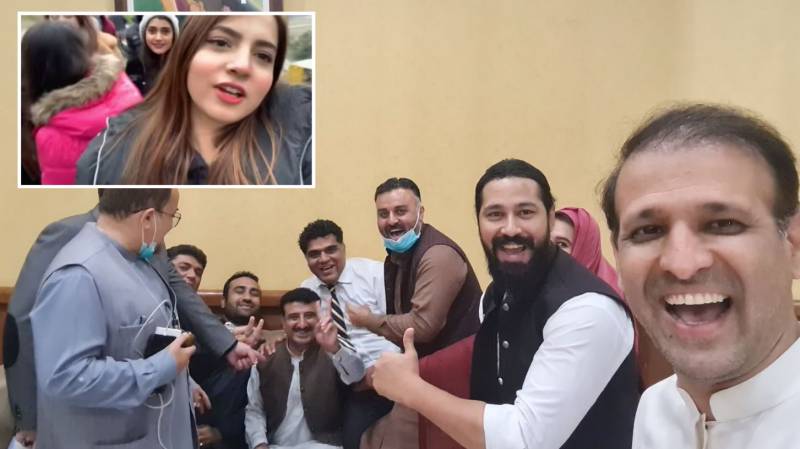 KARACHI – Dananeer’s Pawri video fever appears to have spread beyond the internet, to the very real world of politics. After showbiz stars, athletes, and a large number of social media users, the latest trend found an echo in the Sindh Assembly.

During the polling process for Senate elections, members of Provincial Assemblies (MPAs) were spotted recreating the Pawri trend.

In the latest viral video, Pakistan Tehreek-e-Insaf’s Shehzad Qureshi, Firdous Shamim Naqvi, and other MPAs can be seen using the meme’s catchphrase. Standing around Karim Buksh Gabol, the ruling party MPA Shehzad Qureshi said Yai Mai Hoon, Yay MPA’s hain aur yay Karim bhai hain. (This is me, these are MPAs and this is Kareem brother).

The year 2021 has seen a flurry of viral meme trends while in February, 'Pawri Ho Rahi Hai' has been taking the internet by storm. 19-year-old Pakistani Dananeer Mobeen, who shot to fame after her five-second video, went viral on social media.

The short video shot in northern areas of Pakistan shows a group of youngsters enjoying on a roadside trip. Swinging around the smartphone, the Pawri girl gestures behind her and says in Urdu, “This is our car, this is us, and this is our party taking place.”

The video then sparked top trending hashtags on social media sites, and garnering millions of views and hundreds of spin-offs.

LAHORE – Another Pakistani influencer has landed in a controversy over a leaked explicit video. This times its, ...