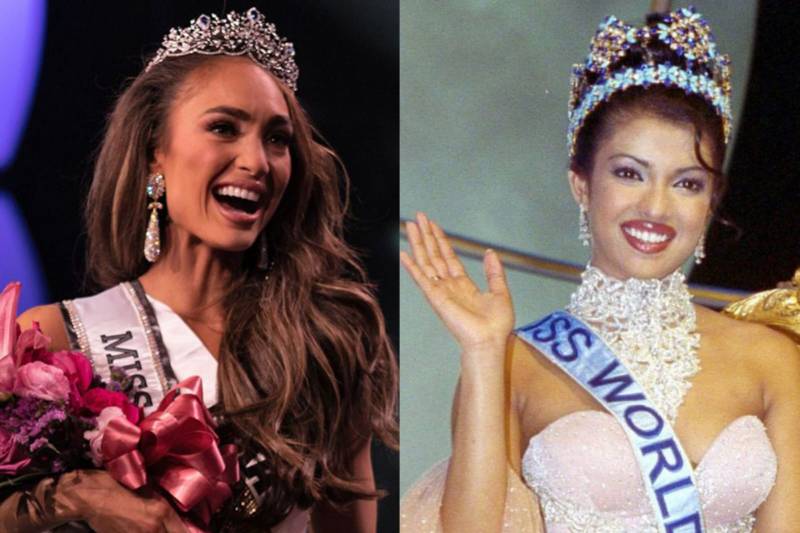 Bollywood actress and Miss India 2000 Priyanka Chopra has come under fire for winning the 2000 Miss World contest in an unfair way. The allegations were leveled by Miss Barbados who claimed that Chopra was treated differently. The recent controversy followed in the footsteps of the news of last month when Miss USA claimed that this year's results were rigged to crown Miss Texas, R'Bonney Gabriel, as the winner.

The former Miss Barbados, Leilani McConney shared a YouTube video, and said, “I literally went through the same thing at Miss World. I was Miss Barbados. The year I went, Miss India won. Mind you, Miss India had won the previous year (Yukta Mookhey), and the sponsor was also ZeeTV, an Indian cable station. Our sashes had ZeeTV on top and then the names of our countries. This is very familiar to me."

McConney added, "Priyanka got food in her own room, and she got large pictures in newspapers while the other girls were bunched together on a beach."

McConney claimed that the Barfi star was allowed to wear a sarong during a swimsuit competition while others were not.

“Apparently Priyanka Chopra was using some skin tone cream, to even out her skin tone and it was splotchy. I did not say it was a bleaching cream, it was a skin-tone cream. It didn't work, her skin was blotchy so she did not want to remove her sarong. So during the actual judgment, she is actually in a dress,” McConney suggested.

“My only problem with Priyanka is that getting to know her in the pageant, she was just unlikeable. And she is Meghan Markle's best friend so go figure," she said.

Asserting her point further McConney stated, "During the contest before she won, she had these pictures of her walking on the beach. Meanwhile, we’re all grouped together in this sandpit. The designer who designed her gown also designed all of our gowns. Our gowns were basically mini bride gowns of her gown. And the gowns fit like crap, by the way. Her gown was immaculate.”

McConney said that when the Dostana actress was crowned the winner, the other contestants walked off the stage fuelled and disappointed.

On the work front, Chopra will be seen in Citadel produced by the Russo Brothers and Patrick Moran.