‘Pakistan has other options as Biden continues to ignore Pakistani leadership’, NSA Yusuf tells US 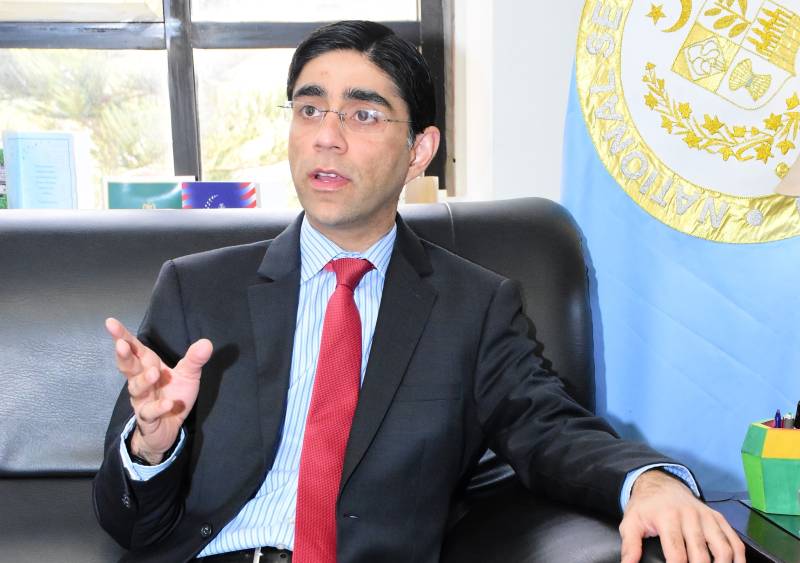 As the US has asked the South Asian country for help in halting the Taliban’s progress amid the NATO troops withdrawal, Biden has yet to speak with Khan on the matter, he said

Speaking with the Financial Times, NSA said “US President hasn’t spoken to the premier of such a key country who the US itself says is ‘make-or-break’ in some cases, in some ways, in Afghanistan and we struggle to understand the signal, right.

Responding to a query, he said “We’ve been told every time that the phone call will happen, it’s technical reasons or whatever. But frankly, people don’t believe it. If a phone call is a concession, if a security relationship is a concession, Pakistan has options” he clarified.

The US-based publication noted that while NSA Yusuf did not elaborate on his options, “Pakistan has cultivated deep ties with its ‘iron brother’ China, which has invested billions in infrastructure projects as part of its Belt and Road Initiative.”

Meanwhile, a senior Biden administration official responding to Yusuf’s statement said “There are still a number of world leaders President Biden has not been able to speak with personally yet. He looks forward to speaking with Prime Minister Khan when the time is right.”

ISLAMABAD – The United States has termed Pakistan as an important partner across a number of fronts, adding that ...

Earlier, the US State Department also mentioned Pakistan as a key state in the Afghan peace process and it wants to continue to play its important role for regional stability.“Pakistan has much to gain and will continue to have a critical role, be well-positioned to have a role in supporting the outcome” US State Department’s spokesman Ned Price said.

Pakistan’s National Security Advisor is now in Washington, DC, to address the key issues including Afghan peace. Meanwhile, the chief of Pakistan’s intelligence agency Lieutenant-General Faiz Hameed is also in the US along with Pakistani officials.

WASHINGTON – Pakistan, home of more than three million Afghan refugees, is not in a position to let in more ...