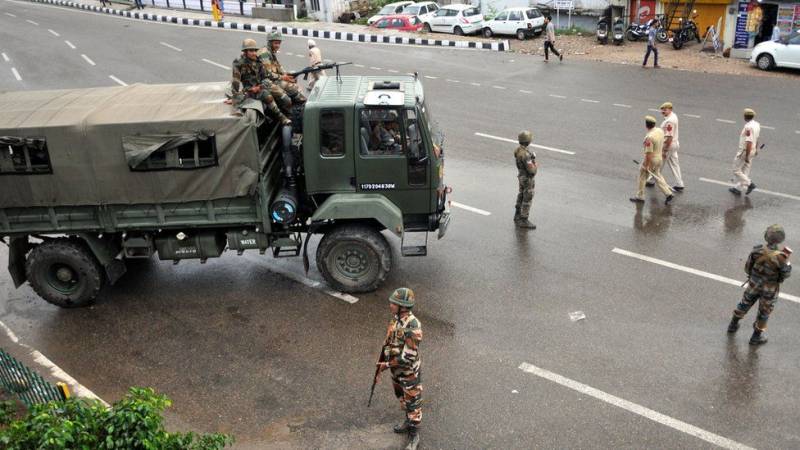 ISLAMABAD/SRINAGAR – People of Pakistan and Kashmiris on both sides of the Line of Control and all over the world will observe Black Day on Thursday to convey a message to India and the international community that they reject New Delhi’s illegal actions taken on that day in 2019.

It was on the 5th August 2019 that the special constitutional status of Indian Illegally Occupied Jammu and Kashmir was scrapped by the Modi government.

In the occupied Valley, the day will be marked by complete shutdown, civil curfew and blackout between 8:00pm to 8:30pm as part of the beginning of Ashra-e-Muzahamat, 10-Day Resistance, calendar released by the All Parties Hurriyat Conference in Srinagar on Wednesday.

Black flags will be displayed while special prayers will be offered in the evening on each day of the Ashra-e-Muzahamat.

Pakistani nation will observe the day as Youm-e-Istehsal to express solidarity with the oppressed people on completion of two years of military siege of Indian Illegally Occupied Jammu and Kashmir (IIOJ&K).

A host of events have been arranged in order to denounce the Indian unilateral illegal actions against Kashmiri people as well as the atrocities being carried out by the Indian forces in IIOJ&K.

Solidarity walks of one mile will be arranged in all the main cities including the federal capital. President Arif Alvi will lead the walk in Islamabad, wearing black bands and carrying the flags of Pakistan and Azad Kashmir.

One minute silence is to be observed across the country. Traffic to be halted for one minute and sirens will be played.

Meanwhile, posters and billboards have been displayed at the main roads of Islamabad and other provincial capitals to highlight the plight of Kashmiri people and expose the atrocities being committed by the occupation forces in Indian-held region.

On the other hand, Indian troops in their fresh act of state terrorism martyred one more Kashmiri youth during a cordon and search operation in Chandaji area of Bandipora district today. The occupation authorities suspended internet and mobile services in the area.

During the last month, Indian occupational forces killed as many as 37 Kashmiris, including two women in separate incidents of violence.

According to a report by Kashmir Media Service, eight people were killed by the troops in fake encounters or in custody.

During the month, twenty eight people, including media men, were critically injured after Indian troops and police personnel used brute force on peaceful protesters in the territory.

The report maintained that at least fifty seven civilians, mostly youth, political activists,  a religious scholar and a woman, were arrested.

The troops also damaged ten houses during at least 219 cordon and search operations in the month.