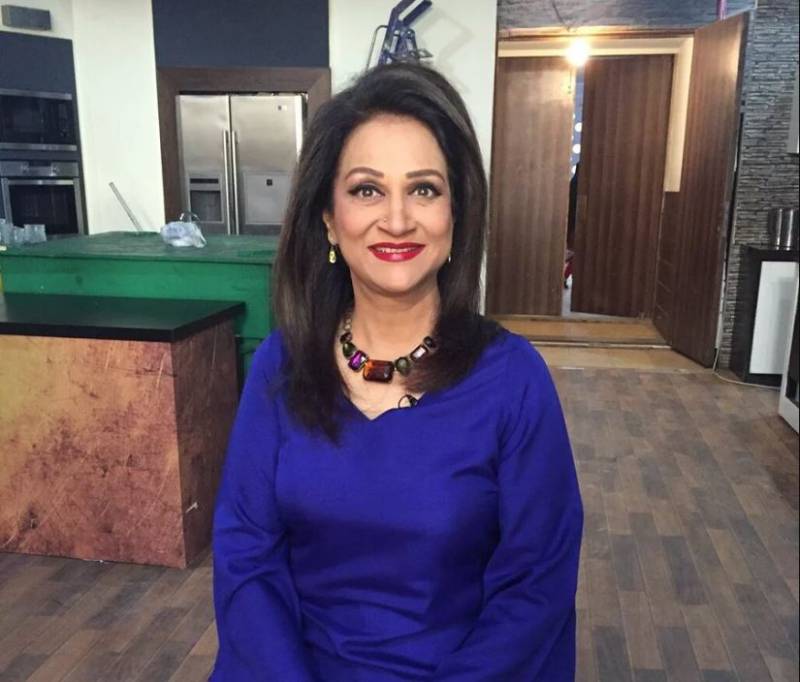 The revered Pakistani actress and comedian known for her jovial personality and rib-tickling humor, Bushra Ansari never lets a chance slip where she doesn't incorporate wit in her conversation and style. The bubbly actress is a favourite among many generations of TV viewers.

Now a clip of Ansari has been making rounds on the internet where she shows dismay over former Pakistani Prime Minister and PTI's Chairman Imran Khan's third marriage with Bushra Bibi.

The video, which was seemingly recorded during an award show, shows the Jawani Phir Nahi Ani actress hilariously complaining about the oft-called handsome prime minister not paying attention to her when he decided to tie the knot for the third time.

Ansari said she would ask Imran Khan “why he didn't think of me for marriage when I see him."

The clip went viral within minutes as the cricketer-turned-politician has been offered to marry women far younger than him, although he did not. The Jaal actress also happened to be one of the many women that wished to tie the knot with Imran Khan.

It is noteworthy that Bushra herself divorced her ex-husband Iqbal Ansari without revealing the reason. She is known to keep her personal life out of the public eye. Ansari and Khan, in terms of marital problems, were in the same boat as both personalities sought divorce from their respective spouses and raised their children on their own.

Ansari has been seen around in the showbiz industry since childhood and rose to prominence with PTV's Angan Terha, Show Time, Show Sha, Rang Tarang, Emergency Ward, and sketch comedy series Fifty Fifty. Ansari also received the Presidential Pride of Performance Award in 1989.

KARACHI – Pakistan’s veteran actress and singer Bushra Ansari has been ruling the hearts of her fans for ...