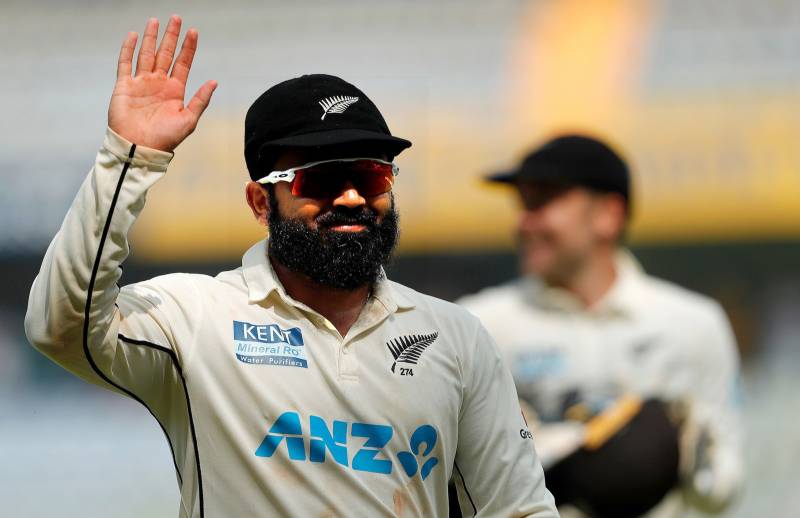 MUMBAI – Kiwi spinner Ajaz Patel has etched his name in history books after taking all 10 wickets in the second Test against India.

The 33-year-old left-arm spinner has become the third player in the history of Test cricket to achieve this feat after Jim Laker and Anil Kumble.

Playing his 11th Test match for the Black Caps, the leftie spinner bowled a total of 47.5 overs, which included 12 maidens, and conceded only 119 runs.

Patel took four wickets on an opening day to return figures of 10 for 119 on Saturday as the Kohli-led squad was all out for 325.

The star player joined English off-spinner Jim Laker who achieved the feat in 1956 against Australia and Indian leg-spinner Anil Kumble who created history in 1999 in picking up all wickets in an innings.