Earlier in the day, a video of the Pakistani singer fighting with his brother and attacking a girl went viral on the internet 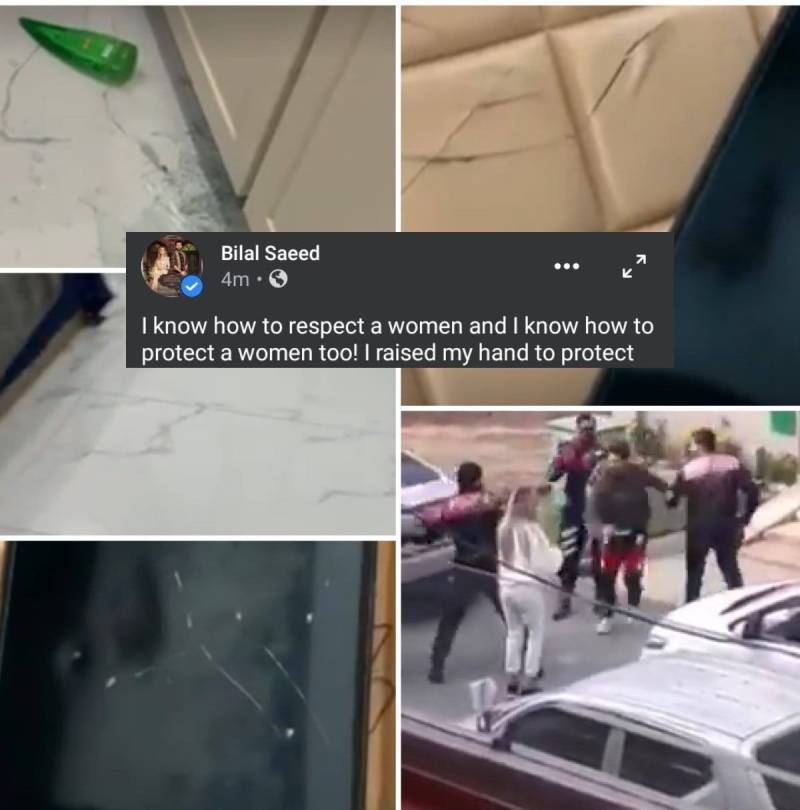 LAHORE – Pakistani singer Bilal Saeed has opened up about his recent viral video of fighting with his brother and sister-in-law outside his home in Lahore.

Bilal Saeed took to Facebook to clarify the situation after the video was taken by storm on social media with some slamming him for attacking a woman.

The singer also shared a video that shows damages inside his house. Alongside the video, he wrote: “I know how to respect a women and I know how to protect a women too! I raised my hand to protect my family.This is what they did to me while I was away from my house! And that’s not about it I have been victim of their blackmailing and unfair behaviour for a very long time! I stayed quite because obviously as an artist my priority is my career but these people have been taking advantage of my situation for a very long time!”

When the safety and dignity of a person is violated and jeopardized over and over again, he unfortunately is left with no option but to react, he concluded.

When the safety and dignity of a person is violated and jeopardized over and over again, he unfortunately is left with no option but to react.

According to police, the incident occurred on January 10 within the remits of Sundar Police Station. Police said that Bilal Saeed had moved an application against his brother for registration of an FIR.

No case was registered in the incident after the matter was resolved between the two brothers.

While Bilal Saeed is no stranger to controversies, the following video scandal of him comes as a terrific shock as a ...

In the short clip, the heated argument seems to turn in a full-blown fight where apart from a verbal dispute the singer and the people around are getting violent.

Officials of Dolphin Force can also be seen trying to diffuse the situation. Despite being physically restrained by the police, there is no stop to the physical fight.

Bilal says the woman present at the scene was his brother's friend while his brother claims that she was his wife.

Comments of discouragement poured in as #ShameonyouBilalSaeed started trending on social media platforms. A mix of shock and utter disappointment gripped the fans seeing their favourite singer losing his calm.

Bilal Saeed the guy always finds himself in such places
Shameful no matter what the circumstances, you never hit a woman 💔#BilalSaeed pic.twitter.com/9lKmsIqDmc

Tbh,I am utterly shocked to see that how can someone dare to kick a woman.The very video is buzzing on social media at the moment in which #BilalSaeed is kicking a woman. It's totally depicting to see how much someone can stoop low.#ShameonyouBilalSaeed

Bilal Saeed how the HELL did you KICK a “WOMAN”!? Who gave you the right to BEAT a WOMAN? DISGUSTING! Shame on you!

The act of filming a music video at the mosque had hurt the religious sentiments of the public and the duo received backlash.

A Pakistani singer-songwriter and music producer by profession,  Bilal started his career in 2011 and gained popularity through his debut single '12 Saal' and 'Adhi Adhi Raat' in 2012.

The Qabool controversy continues. An FIR has been lodged on Thursday against actor Saba Qamar and singer Bilal Saeed on ...