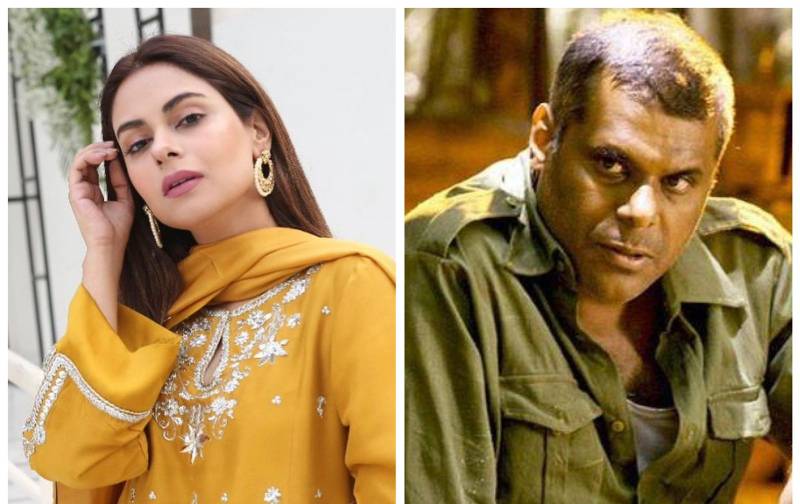 Lollywood diva Amar Khan had a perfect fan moment as she met the veteran Indian actor Ashish Vidyarthi who is popularly known for his character 'Devraj Khatri'.

Taking to her Instagram stories, the Baddua star shared an adorable video of herself singing praises of the senior actor whose antagonist characters in several Bollywood films have won him critical acclaim.

“Indian actor whom I’ve been watching in movies since childhood, got a chance to meet him in New York,” said the Pakistani actor in the video. She goes on to ask “How are you, Sir?” and the Indian actor replies he's fine.

Further, Amar also excitedly exclaims that she knows all the character names of Khatri and that he is also a fantastic theatre actor.

On the work front, Amar Khan made her debut with the film Dum Mastam opposite Imran Ashraf. The film is directed by maestro Ehteshamuddin and penned by Amar Khan.

Produced by Adnan Siddiqui and Akhtar Hasnain for Cereal Entertainment, and distributed by HUM Films, it was released on Eid ul Fitr 2022.