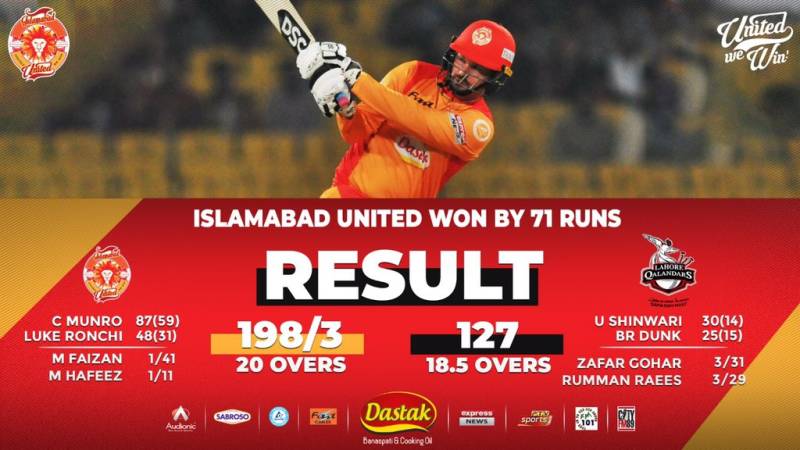 LAHORE – Islamabad United crushed Lahore Qalandars by 71 runs in the 17th match of this year's Pakistan Super League (PSL) at the Gaddafi Stadium on Wednesday night.

Earlier, Islamabad United plundered a big score of 197 for the loss of only three wickets after being put into bat.

"Lahore Qalandars has won the toss and elected to bowl first." #PSL5 pic.twitter.com/gBCUoOMy1D

This was third victory for the United from six matches whereas the Qalandars suffered from defeat for the fourth time in five matches.