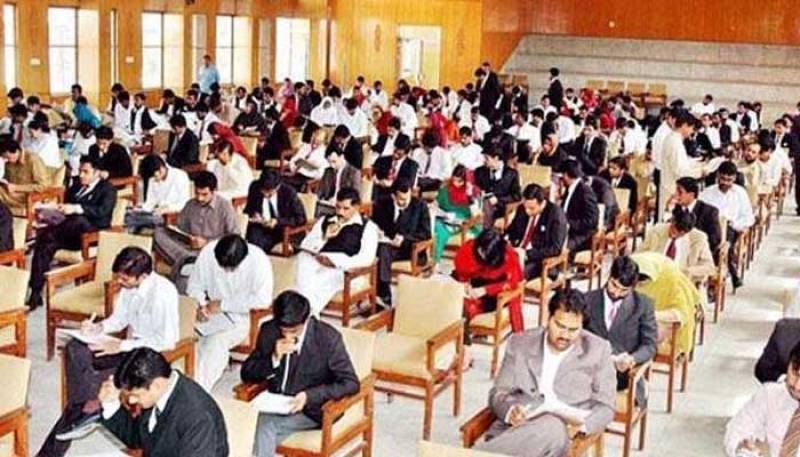 ISLAMABAD – Federal Public Service Commission will conduct a screening test prior to the written CSS competitive examination in February next year.

Arbab said that preliminary test is aimed at filtering and bringing in serious candidates and to reduce examination cycle from twenty to twelve months. He said it will be a knowledge based test.

Speaking on the occasion, Chairman FPSC said screening test will not be counted as a chance for CSS.

Last month, the federal government gave approval for hold screening test prior to the written examination of CSS.