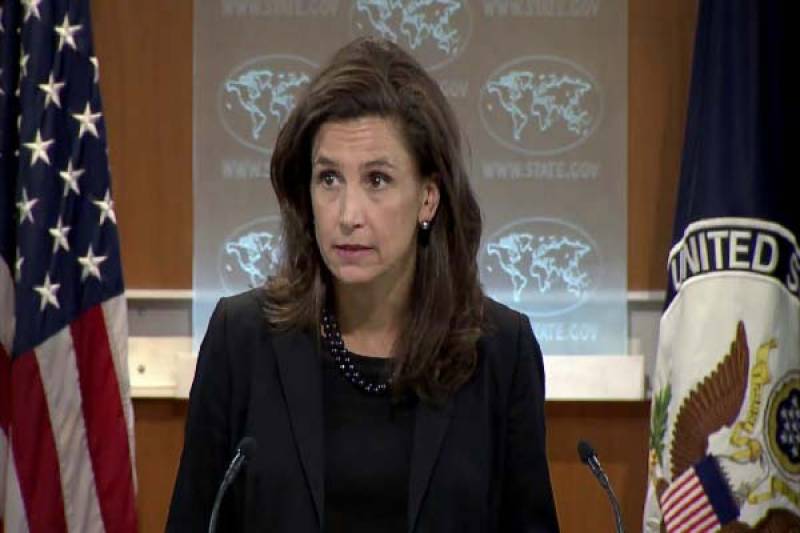 WASHINGTON -  US Statement Department spokesperson Monday declined to confirm the Indian claim of carrying out "surgical strike" inside Pakistan, and instead urged the both nuclear-armed states to exercise calm and restraint.

Pakistan has already rejected the Indian claim of the surgical strike, calling it an illusion being deliberately generated by Indian military to satisfy the Indian public. Pakistan has made it clear that if any such strike is attempted, it will strongly respond.

US State Department spokesperson Elizabeth Trudeau when asked about the  US position on the Indian claim of surgical strike during a press briefing, said she was not going to speak to specific reports of incidents along the border.

Responding the question "So do you confirm it [surgical strike] happened or it didn’t happen?" she said: "No. As I said, I’m not going to speak to any reports of these incidents."

The Spokesperson said militaries of the two countries were in touch and “we believe that continued communication is vital to reduce these tensions”.

Responding to a question, Ms Trudeau said that the United States is in favor of any deescalation of tensions between two nuclear-armed countries. "We have strong ties with both Pakistan and India, and we’ll engage on that basis," she added.

To another question, the spokesperson stated that the US position on  Kashmir also remains unchanged and the US believes that it has to be resolved by both India and Pakistan by bilateral dialogue.

"The United States is having conversations with both Pakistan and Indian on the importance of reducing the tensions in the region," she said.