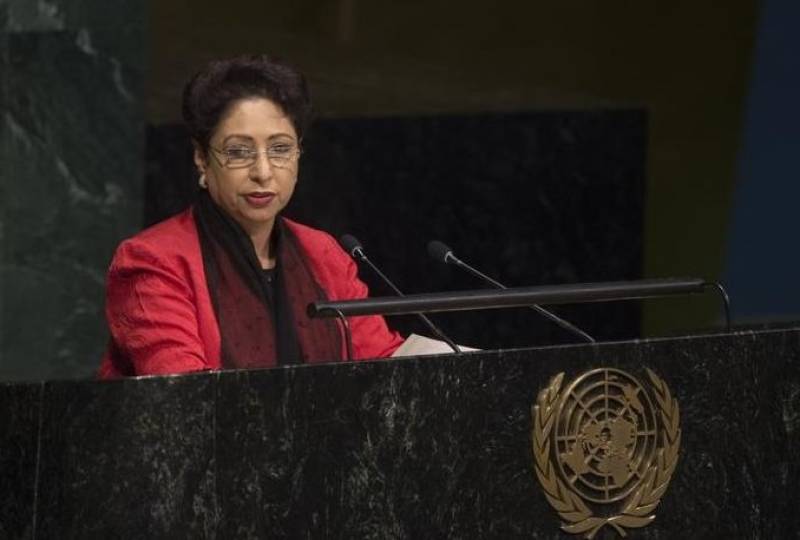 ISLAMABAD -  Foreign Office Spokesperson Dr Muhammad Faisal Friday dismissed media reports and clarified that there was no truth whatsoever in insinuations that Dr Maleeha Lodhi was ‘removed’ for any reason.

In a tweet, the spokesperson said Maleeha Lodhi had completed her tenure.

There is no truth whatsoever in insinuations that Dr Maleeha Lodhi was ‘removed’ for any reason. She completed her tenure and as FM has said, she served Pakistan with distinction and commitment and organised the Prime Minister’s successful UNGA visit with skill and dedication.

He said Foreign Minister Shah Mahmood Qureshi had also said that she (Maleeha Lodhi) had served Pakistan with distinction and commitment besides organizing the prime minister’s successful visit to UN General Assembly with her skill and dedication.

Earlier this week, Munir Akram had replaced Lodhi as a Permanent Representative of Pakistan to the United Nations in New York, stirring debate in the power corridor for the removal that sounded 'abrupt'.

Munir Akram had already served as Pakistan Permanent Representative to the United Nations from 2002-2008 after serving on a similar position to the UN in Geneva from 1995 to 2002.

The replacement of Lodhi comes a day after Prime Minister Imran Khan winded up his United Nations General Assembly (UNGA) tour wherein he raised the issue of Kashmir.