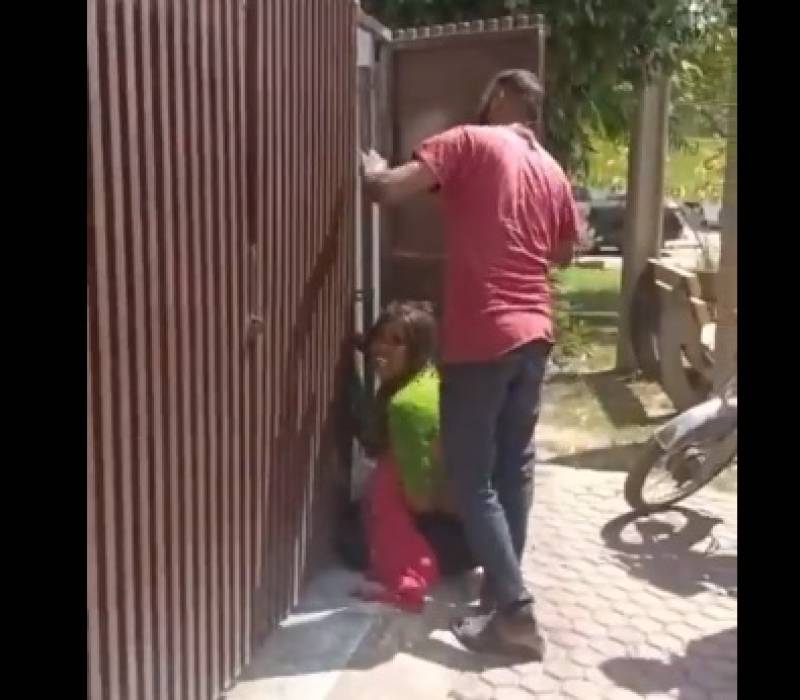 LAHORE – A woman in the Punjab’s capital city was brutally tortured and her clothes were ripped off by family members of an influential person for allegedly damaging a lawn in front of their house.

The horrifying incident occurred in Muslim Town area of the city and its video was shared on social media by users, demanding police to take action against the suspects.

A woman, as it could be seen in the video, is being dragged out of a house, with her torn shirt, and her helpless minor son is trying to save her mother. The boy was also beaten up by the family.

At that time, some passersby intervened and provide a piece of cloth to the victim to cover up her body, with some slamming the family for its violent behavior.

As the video went viral on social media, the IG office has taken notice and ordered the Lahore police to take stern action against the suspects.

LAHORE – A youth was tortured and stripped naked by a group of transgender persons in an area of Punjab’s ...