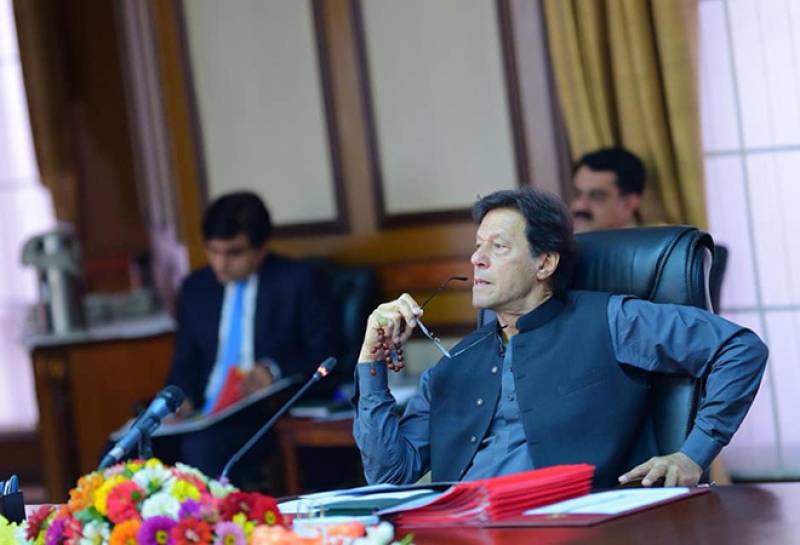 ISLAMABAD - Prime Minister Imran Khan directed to withdraw ordinance regarding Gas Infrastructure Development Cess (GIDC) on Wednesday after his government faced flak for protecting the super-rich in the country.

In a statement issued by the PM office, it was said that the ordinance was withdrawn 'in the interest of transparency and good governance'.

The statement elaborated that the total amount stuck in the GIDC litigation from January 2012 till Dec 2018 is about Rs. 417 billion and in the first round of litigation, the Supreme Court was pleased to annul the GIDC statute.

"The federal government’s review petition was also dismissed by the Supreme Court. Thereafter fresh legislations were brought about, which are presently under challenge before the Provincial High Courts and a set of appeals is also pending in the Supreme Court," the PM office said. 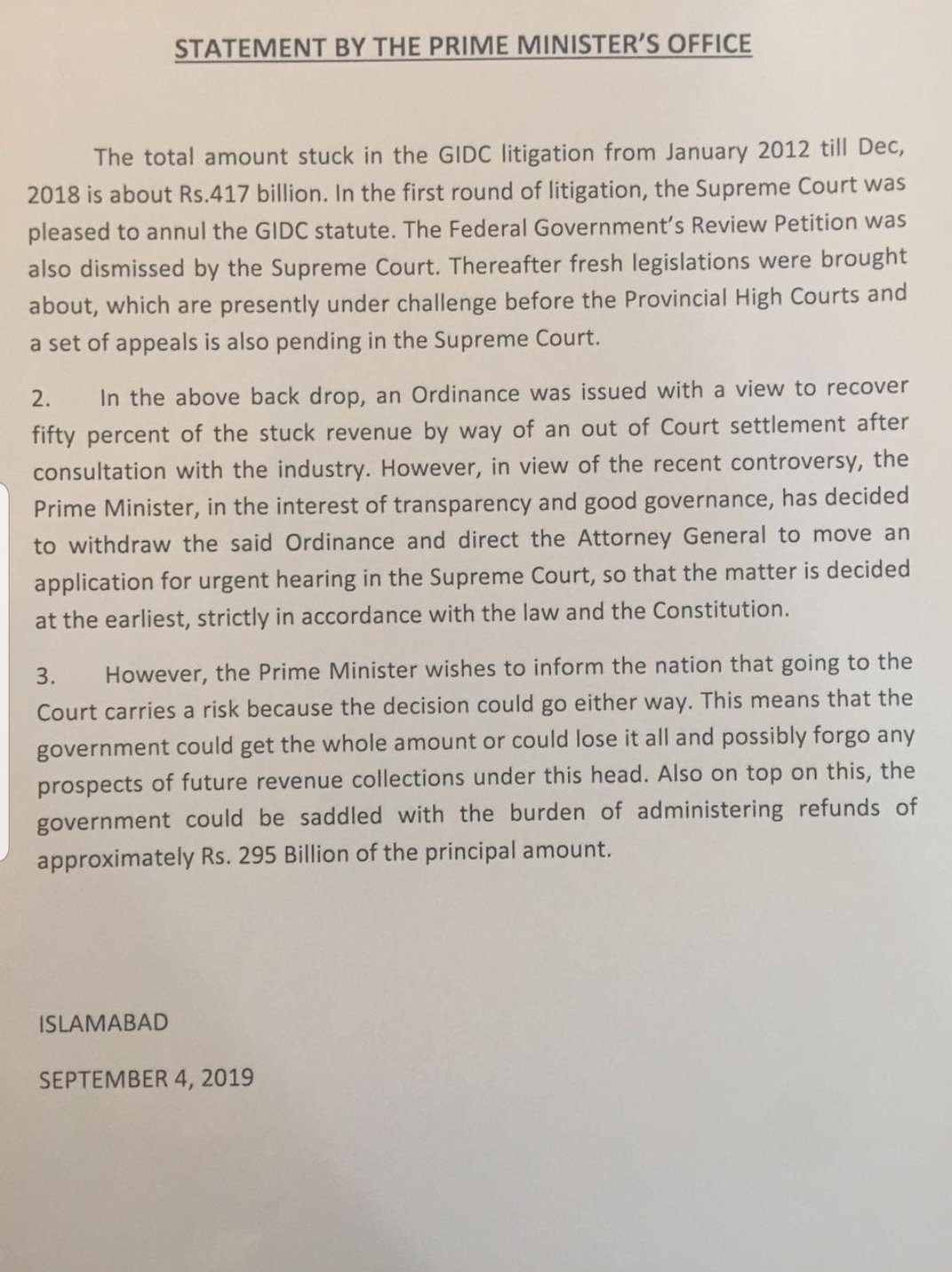 The statement said the Attorney General has been directed to move an application for an urgent hearing in the Supreme Court, so that the matter is decided at the earliest, strictly in accordance with the law and the Constitution.

The prime minister, however, informed the nation that going to the Court carries a risk because the decision could go either way.

"This means that the government could get the whole amount or could lose it all and possibly forgo any prospect of future revenue collections under this head," the statement read.

It said that the government could be saddled with the burden of administering refunds of approximately Rs. 295 Billion of the principal amount.

The government had waived off approximately Rs208 billion in GIDC through a presidential ordinance with effect from August 28.

Under the ordinance, industrialists, owners of fertilizers, CNG and Captive Power Plants, K-Electric, Gencos and Independent Power Producers (IPPs) had to pay half cess of the amount collected from May 22, 2015 to December 21 2018.

The ordinance had also reduced to zero the rate of cess for textile, carpet, leather, surgical and sports industries and the captive power plants.