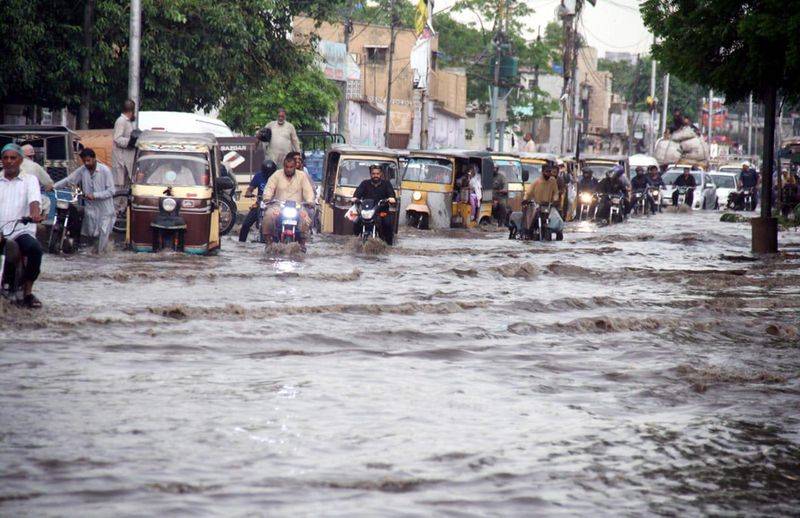 KARACHI – At least five were electrocuted as the country’s largest metropolis received intermittent rain with brief heavy spells on the third consecutive day.

Reports in local media quoting sources said Sajjid Lodhi, was electrocuted in the Chapal Gali Light House, while another man named Yaseen lost his life after receiving an electric shock in his house located in Baldia’s Abidabad.

KE spokesperson said that initial findings suggested that the incident occurred inside a building where Lodhi, 45, was electrocuted by coming into contact with internal wiring while reportedly attempting to cut the wires.

SHEIKHUPURA - Four members of a family die due to electric shock in Muslim Ganj area at the Tariq Road ...

On Friday, the port-city received heavy rains, the maximum rainfall, 66.7 millimeters or 2.62 inches, was recorded in Saadi Town and adjourning areas.

Meanwhile, the power supply in several parts of the country’s financial capital city got disrupted as soon as the rain began and took hours to restore. It also advised citizens to continue observing precautionary measures and maintain a safe distance from electricity infrastructure in case of a downpour to avoid any incident.