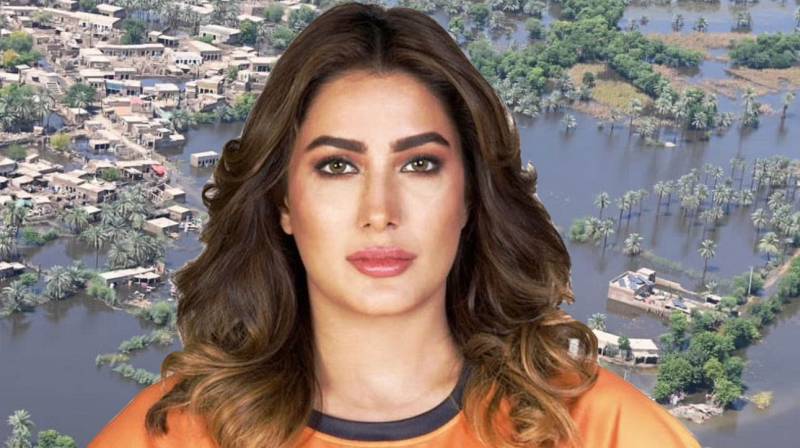 Pakistani actor Mehwish Hayat has called out Indian celebrities for their silence as record monsoon rains caused devastating floods in Pakistan, affecting hundreds of people in the South Asian country.

The Ms. Marvel actor while lamenting the Bollywood fraternity for being tight-lipped about the catastrophic floods that have submerged a third of the country under water. She said human suffering transcends borders and this is the time to show that.

Responding to a tweet by BBC journalist Haroon Rashid, Mehwish said the silence from the Bollywood fraternity is deafening. Saying suffering knows no nationality, race or religion, no better time for them to show us that they can rise above nationalist politics and care about their fans in Pakistan. We are hurting and a kind word or two would not go amiss.

The silence from the Bollywood fraternity is deafening. "Suffering knows no nationality,race or religion”- No better time for them to show us that they can rise above nationalist politics & care about their fans in Pakistan. We are hurting & a kind word or two would not go amiss.

The journalist of the British national broadcaster earlier mentioned that hardly any Bollywood bigwig has posted about the catastrophic situation to raise awareness.

Mehwish called out Indian celebrities, a day after she appeared on global media for donations and revealed that she is closely working with the organization to provide aid to people affected by the floods.

Earlier, a number of Pakistani actors, cricketers, musicians, and social media influencers called for aid as floods wreak havoc across large swathes of the country.

The fifth most populous nation is in a state of national emergency with over 1,200 dead, over 12,000 injured and tens of millions displaced.