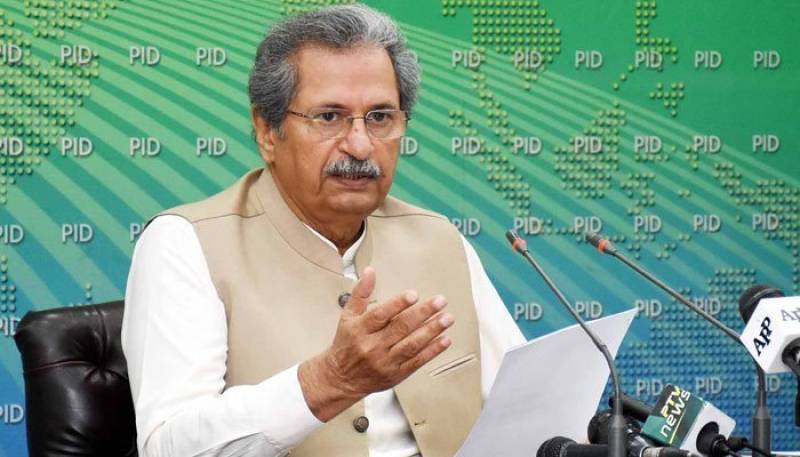 ISLAMABAD – Students have once again taken to twitter with demands of extension in schools’ closure and cancellation of exams as the Pakistan’s top anti-COVID body set to meet on Tuesday.

Federal Minister for Education Shafqat Mahmood on Sunday announced on twitter that education and health ministers will be meeting at the National Command and Operation Centre (NCOC) on Tuesday (April 6) to decide whether to open or further close educational institutions.

He further said that exam situation will also be discussed at the meeting.

Education and Health Ministers will meet at the NCOC Tuesday to decide whether to open or further close educational institutions. The exam situation will also be discussed. Whatever is decided will be a collective decision of the country’s health and education authorities & NCOC

“Whatever is decided will be a collective decision of the country’s health and education authorities & NCOC,” he wrote.

The government had closed all schools in Covid-19 hotspots from March 15 till March 28 but the closure was extended till April 11 due to rising number of coronavirus cases.

Now, the students are demanding the government to cancel all board exams, saying they are afraid of deteriorating health situation in the country and not well-prepared.

Their demand is trending on twitter as #ExamCancelHoga. Here are some viral posts;