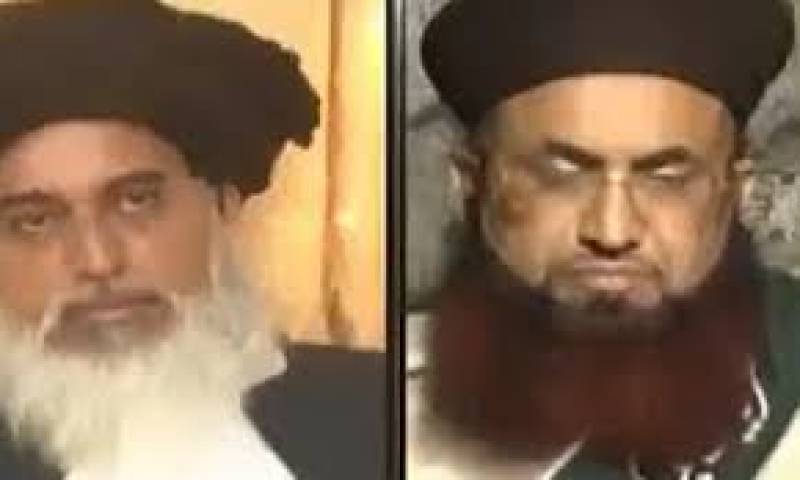 LAHORE - The Punjab Home Department has started preparing a list of Tehreek-e-Labbaik leaders to remove their names from the Fourth Schedule - a police watchlist, reported a private media outlet on Tuesday.

According to highly placed sources, 30 Tehreek-e-Labbaik leaders, including the chiefs of the two factions, Khadim Hussain Rizvi and Asif Jalali, were in the Fourth Schedule and a meeting would take place between the TLP leaders and official of the Home Department in the next two days to settle the matter.

The Punjab Home Department has also issued a notification to release 1,500 Tehreek-e-Labbaik workers and leaders, arrested during the Islamabad protest, The News reported.

Last month the Khadam Rizvi faction of Tehreek-e-Labbaik, Tehreek-e-Labbaik Pakistan (TLP) kept the capital city besieged for 22 days and encouraged his followers to carry on protests in the whole country. The events of protest turned ugly after a clash between police and protesters.

Khadam Rizvi called off the strike after striking a deal with the government which was brokered by a senior officer of Pak Army. In the signed agreement, between the two parties, the government agreed to meet all the demands of TLP and, in compliance with one of the demands, Federal Minister for Law Zahid Hamid resigned from his post.

TLP's chief Khadam Hussain Rizvi claimed that, apart from the official agreement, the government of Punjab had also agreed to meet extra demands which were not mentioned in the 'Faizabad deal'.

ISLAMABAD - Khadim Hussain Rizvi, the leader of Tehreek-e-Labaik Pakistan, has claimed that the government agreed to ...

However, the claims were rejected by the Punjab Chief Minister Shahbaz Sharif, who clarified that no representative of Tehreek-e-Labbaik would be included in Punjab Nisab committee.

The Punjab Home Department's decision to remove TLP leaders from the Fourth Schedule raised some serious suspicions about the agreement.

The official agreement, signed by the Federal government and TLP's leadership, is currently being questioned by Islamabad High Court.