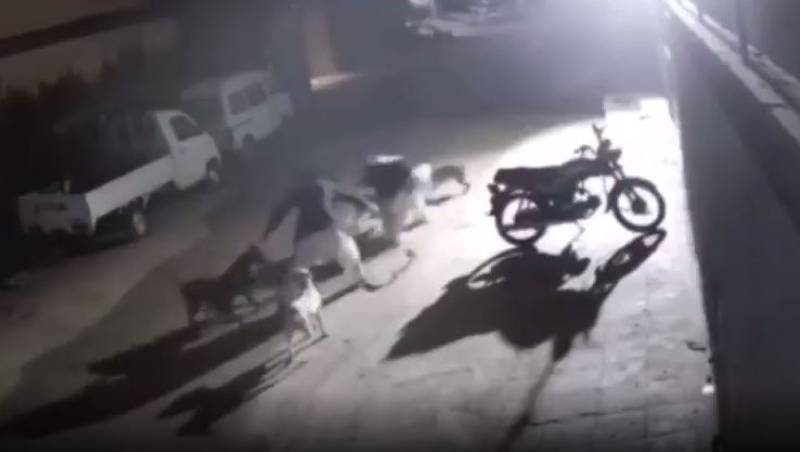 KARACHI – A senior citizen got badly injured after being mauled by five pet dogs in the Ferozabad area of Sindh capital.

In the released CCTV footage of the incident, five dogs of a pack can be seen attacking the senior citizen, while the owner was completely unable to save the victim from the attack. The injured man was immediately rushed to the hospital for medical aid.

The victim, Mushtaq said "four dogs bit my leg and another bit my hand. I saved my life with difficulty," he added.

The police have lodged a case against the owner after his uncontrolled canines attacked the passerby.

Another worker in the area said the dogs have attacked other people in the past too, and they are capable of taking human’s life.

ISLAMABAD – Islamabad Wildlife Management Board (IWMB) has warned hikers not to visit Margalla Hills after dusk ...

Earlier in October 2020, Sindh High Court (SHC) expressed displeasure over rising dog-bite incidents in Sindh and ordered to register an FIR against the concerned officer in case of any incident.

Karachi – An official vehicle owned by the Sindh Governor House was spotted with a dog on board on the roads of ...