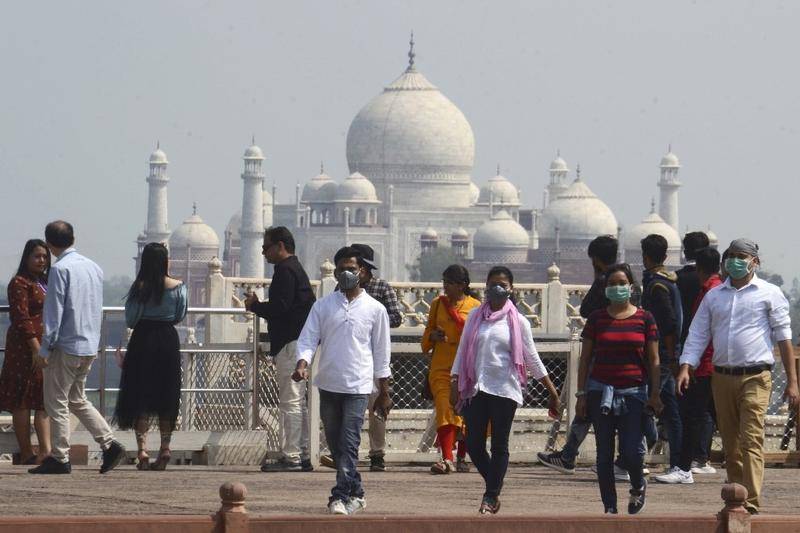 NEW DELHI – The iconic Taj Mahal will reopen to visitors after a three-month coronavirus shutdown as infections continue to rise in the the world's fourth worst-hit nation.

Only 5,000 tourists will be allowed in a day, split into two groups, to visit the mausoleum built in the northern city of Agra by Mughal emperor Shah Jahan for his wife, in a 22-year effort.

“All centrally protected monuments & sites shall be bound by the protocols like sanitization, social distancing & other health protocols,” the federal tourism ministry said in a tweet.

(2/3) He said that only those monuments/Museums which are in the non-containment zone will be open for visitors. All Centrally protected monuments & sites shall be bound by the protocols like sanitization, social distancing & other health protocols. pic.twitter.com/lMncCMAn4F

On Sunday, the health ministry reported just under 25,000 cases and 613 deaths in 24 hours -- the biggest daily spike since the first case was detected in late January.

But the government has been lifting a vast lockdown of India’s 1.3 billion people that has left tens of thousands without work and shuttered businesses.

State government officials fear Delhi, home to 25 million people, could record more than half-a-million cases by the end of the month.

Authorities have made wearing masks mandatory in public places, while large gatherings are banned and shops and other public establishments are required to implement social distancing.