'Reham Khan was full of greed as she was born in poor family', claims ex-husband 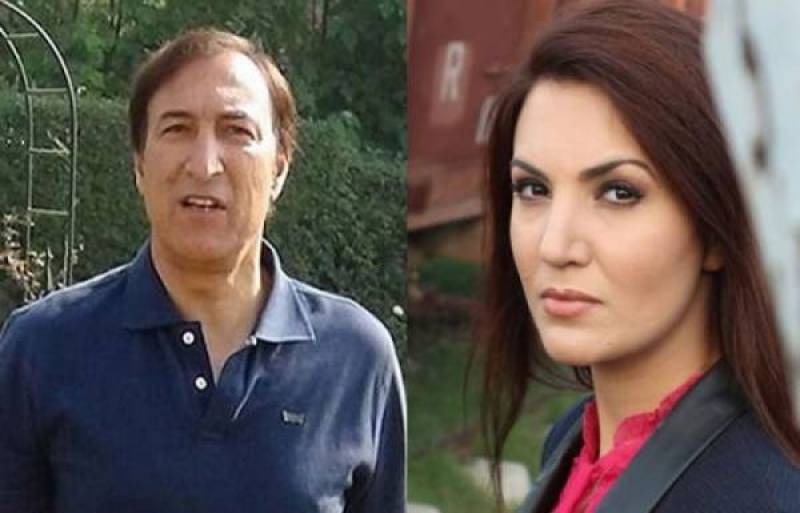 LAHORE - A former husband of Reham Khan, who is in headlines due to her upcoming autobiography, has broken the silence, making shocking revelations about her life before her marriage to Imran Khan.

Dr. Ijaz Rehman, the first husband of  Reham, along with Wasim Akram, Imran Khan’s close aide Zulfi Bukhari, and Pakistan Tehreek-e-Insaf’s Anila Khawaja, have served a legal notice to the former BBC presenter citing “defamatory and malicious” content in her book, which is yet to be unveiled.

An anchor of a private news channel, Mubasher Lucman, in his programme said that he has received a message from Rehman in response to Reham’s book.

Dr Ijaz in his message said that the book was based on lies and malicious intent. Talking about her past, Rehman claimed, “Reham was born in a poor family and was full of greed and jealousy, due to poverty and the second marriage of her father."

“Her crooked and deceptive nature was revealed to me after marriage in Britain,” he went on to say in his message to Lucman.

Responding to the allegations levelled by Reham in her book against Rehman’s 85-year-old father, the doctor said, “I am proud of my father who fought 1971 war and also served in jail for Pakistan”.

He said that Reham's father had been fired from his  job on corruption charges and was never reinstated. Rehman does not use her father’s name, Nayer Ramazan, as her surname in order to conceal her family’s corruption, he said.

Expect to hear the other side- I will expose the truth now-starting from her birth to date. The lies, the affairs, drug addiction,the violence not just her but About all family misdeeds.

The 45-year-old is in London where she is planning to launch her autobiography titled ‘Reham Khan’.