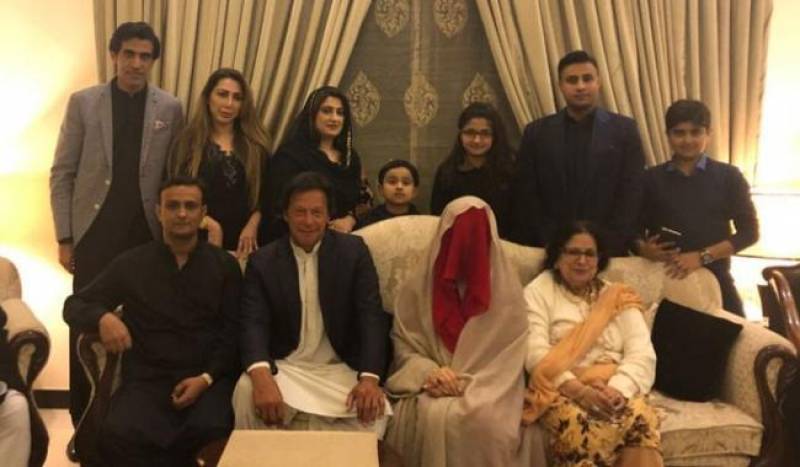 ISLAMABAD - The dust regarding the third marriage of Pakistan Tehreek-e-Insaf Supremo Imran Khan does not seem to settle as a journalist has leveled more allegations against Imran Khan's third marriage.

The story by Umer Cheema of The News claims, without citing sources, the marriage of Khan with Bushra Maneka was performed at a time when the latter was observing iddah or iddat (period of waiting), which is the period a woman must observe after the death of her spouse or after a divorce, during which she is barred from marrying anyone.

The reporter Umar Cheema went on to claim that the cricketer-turned-politician made a humble request to his nikkah khawan, Mufti Saeed, not to disclose the real date of nikah, fearing that it would create serious implications for him.

According to the journalist's unverfied claims, PTI members raised questions as to why Mufti Saeed risked his credentials by performing nikah before iddat.

Defending his position, Mufti Saeed expressed that there was no point of asking when the couple was already aware of the fact that marriage couldn’t be solemnized during iddat.

Mufti Saeed, who also performed Imran's nikkah with Reham Khan and kept it secret, shared with his friends that there would be a big drama if he uncovered the truth.

The sensational story also claims that a close confidante of Imran's third wife, Farah Jabeen, lavished praise on Mufti Saeed for jealously guarding the secret by thwarting the media queries.

According to sources cited by the leading daily, Bushra Maneka was divorced on November 14th and as per Islamic injunctions, she could not enter into marriage with anyone till February 14th, a three-month period. However, according to pictures released by the party, Imran married Bushra on February 18th, though the report insists the exact marriage date was January 1st.

When  Imran was introducing the guests to his bride during the Walima reception, Bushra had a chat with the former legislator in following words.

“I want to let you know that I am not a jadoogarni (magician),” Bushra said, according to a person who was in attendance, though this was denied by Tareen.

Moreover, soon after the nikah, Imran demanded to talk to Tareen and as he attended, Imran said: “I have done this (nikah) for the reason that you win the next elections.”

The conversation ended, however, the newly-wed Imran rang again and complained that Tareen didn’t congratulate him on marriage reiterating that it had been done to ensure victory in NA-154 by-elections.

Tareen, however, denied such exchanges as well and insisted that Khan had said no such thing.

“Whatever, it was a personal message and there was no mention of future elections,” he told The correspondent.