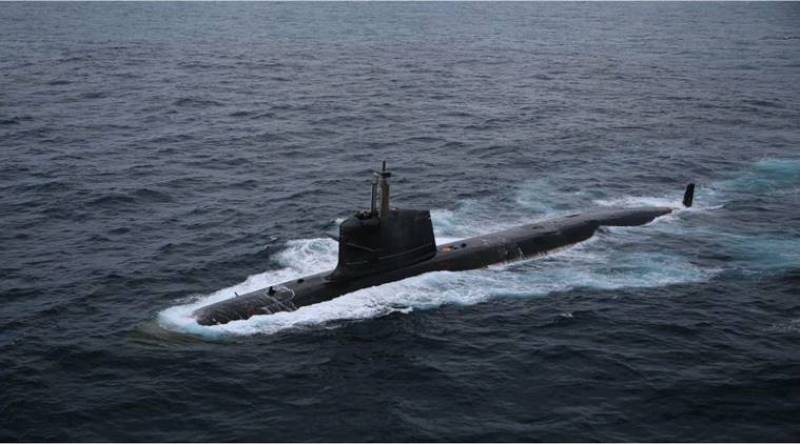 KARACHI - Pakistan Navy says it stopped an Indian submarine from trying to enter into its waters but did not target it because of its policy to maintain peace in the region.

In a statement Tuesday, the Navy said it detected an India submarine and used its specialised skills to ward off the submarine, successfully keeping it from entering Pakistani waters.

"The submarine was detected and localised in Pakistan’s maritime zone on March 4," said the statement by the director general of Navy's public relations. "The submarine could have been easily engaged and destroyed had it not been Pakistan’s policy to exercise restraint in the face of Indian aggression and to give peace a chance to prevail.

"However, the submarine is being kept under watch along with monitoring of other Indian navy units. The detected submarine is one of the latest submarines of Indian navy," added the statement.

The Indian submarine was in Pakistan's seabed territory — the Exclusive Economic Zone (EEZ) —  which grew to 290,000 square kilometres in 2015. Pakistan territorial waters is 12 nautical miles.

An Exclusive Economic Zone (EEZ) is a sea zone prescribed by the United Nations Convention on the Law of the Sea over which a state has special rights regarding the exploration and use of marine resources. 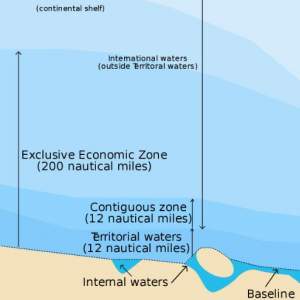 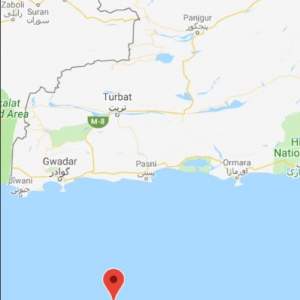 Learning from this incident, India should also work towards peace, the Navy statement added. "This great feat is a testament of the Pakistan Navy's superior skills. The Navy will keep defending Pakistan's naval border. The force has the capability to respond to any aggression."

Indian naval chief also admitted Tuesday they sent a submarine into Pakistan’s territorial waters to find out more about Islamabad’s plans, according to reports in Indian media.

This is the second time that the Pakistan Navy has detected the Indian submarine trying to enter Pakistani waters since 2016.

India and Pakistan came to the brink of war last week as tensions escalated following the Feb 14 suicide car bombing that killed at least 40 Indian paramilitary police in Indian-occupied Kashmir. India accusing Pakistan of harbouring the Jaish-e Mohammad group behind the attack, which Islamabad denied.

The two nuclear-armed countries then engaged in an air battle and India lost jets in it after carrying out an air strike on what it said was a camp of Jaish-e-Mohammad, considered a terrorist group both by India and Pakistan.

Pakistan also captured Indian Air Force (IAF) pilot Abhinandan Varthaman after his MiG-21 fighter jet was shot down during a dogfight near the Line of Control (LoC) on February 27. He was released by Islamabad on Friday night as a “peace gesture”.