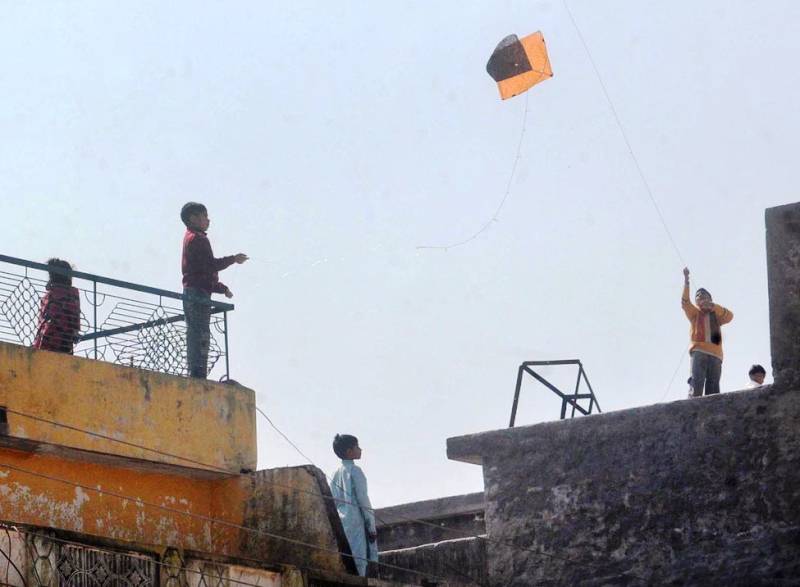 LAHORE – A lecturer of Dayal Singh College lost his life after his throat was slit by a stray kite’s string at Muslim Town flyover in Lahore on Friday.

Aftab Ahmad was going to his college by motorbike when the string entangled around his neck on Ferozpur Road, slitting open his throat. The lecturer died on the spot.

Taking action, Lahore CCPO Ghulam Mehmood Dogar has suspended the SHO of the area while letters for explanation were issued to the SP Model Town and DSP Ichhra over negligence in controlling kite flying in their area.

RAWALPINDI – A young man dropped a police drone deployed to monitor the kite-flying ban in Rawalpindi on Friday, ...