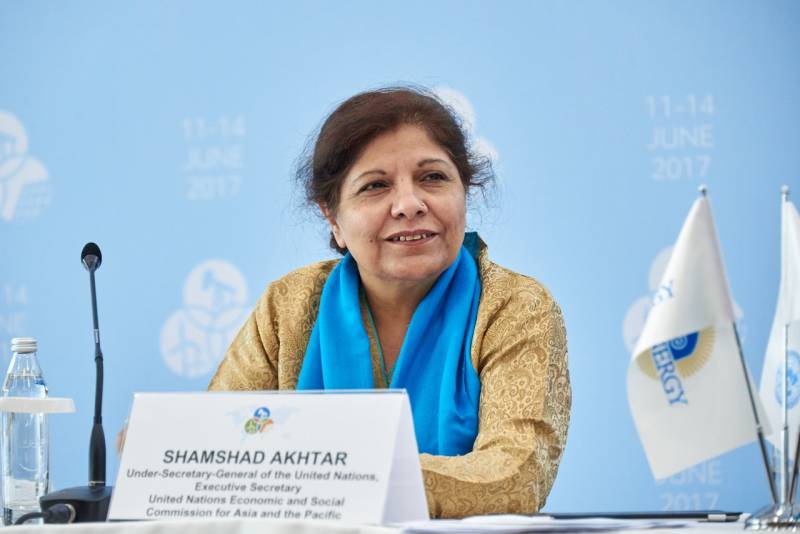 KARACHI – In another milestone in the career of Leading economist and former Governor State Bank of Pakistan (SBP), Shamshad Akhtar has become Pakistan's first female chairperson of the Board of Directors of Pakistan Stock Exchange (PSX).

Earlier, the Securities and Exchange Commission of Pakistan granted its approval to the appointment of three persons as independent directors on the Board of the Exchange. Dr. Shamshad Akhtar, Javed Kureishi, and Mohammed Salahuddin Manzoor were among the three candidates.

The 67-year-old has served in a number of key roles in her career. She has served as the caretaker of the Finance Minister of Pakistan. Prior to that, she served as the 14th Governor of the State Bank of Pakistan, the first woman to assume this position.

She also served as a senior adviser to the then Secretary-General of the United Nations, Ban Ki-moon, and as Vice-President of the World Bank. Akhtar was selected by the UN Secretary-General as Joined Countries Under-Secretary-General and the 10th Chief Secretary of the Monetary and Social Commission for Asia and the Pacific (ESCAP).

Minal Khan and Ahsan Mohsin Ikram to make an appearance on The Mirza ...