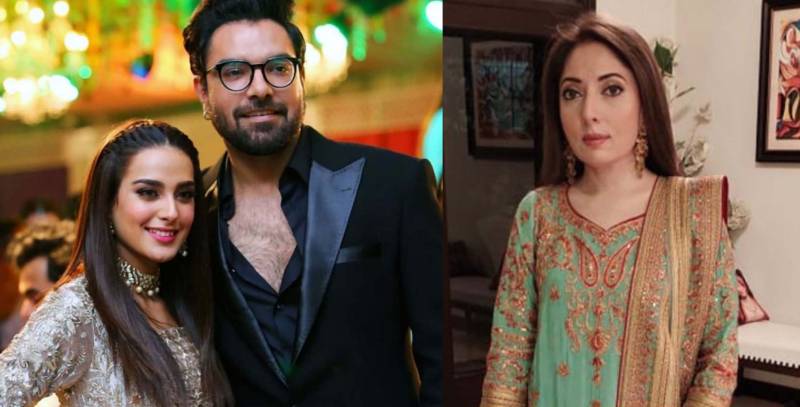 KARACHI – The Pakistani actor Yasir Hussain, who is known for his outspoken personality, has clapped back at PPP leader and socialist Sharmila Faruqi after the latter commented on the recent post of Iqra Aziz.

It all started with a post of Suno Chanda actor after she shared a snap of her husband who can be seen changing the diaper of the newborn.

“I’m so glad your husband is hands-on but it’s nothing to be proud of or anything special. All good, involved fathers do this for their kids. My husband bathes, changes diapers, feeds, and takes our son for his pre-school if I’m at work or unwell. And he loves it,” the PPP leader wrote on Twitter responding to Iqra.

Recently, Yasir took to his Instagram to respond to Faruqui’s comment for schooling her wife on a photo-sharing platform that also triggered a debate on social media. 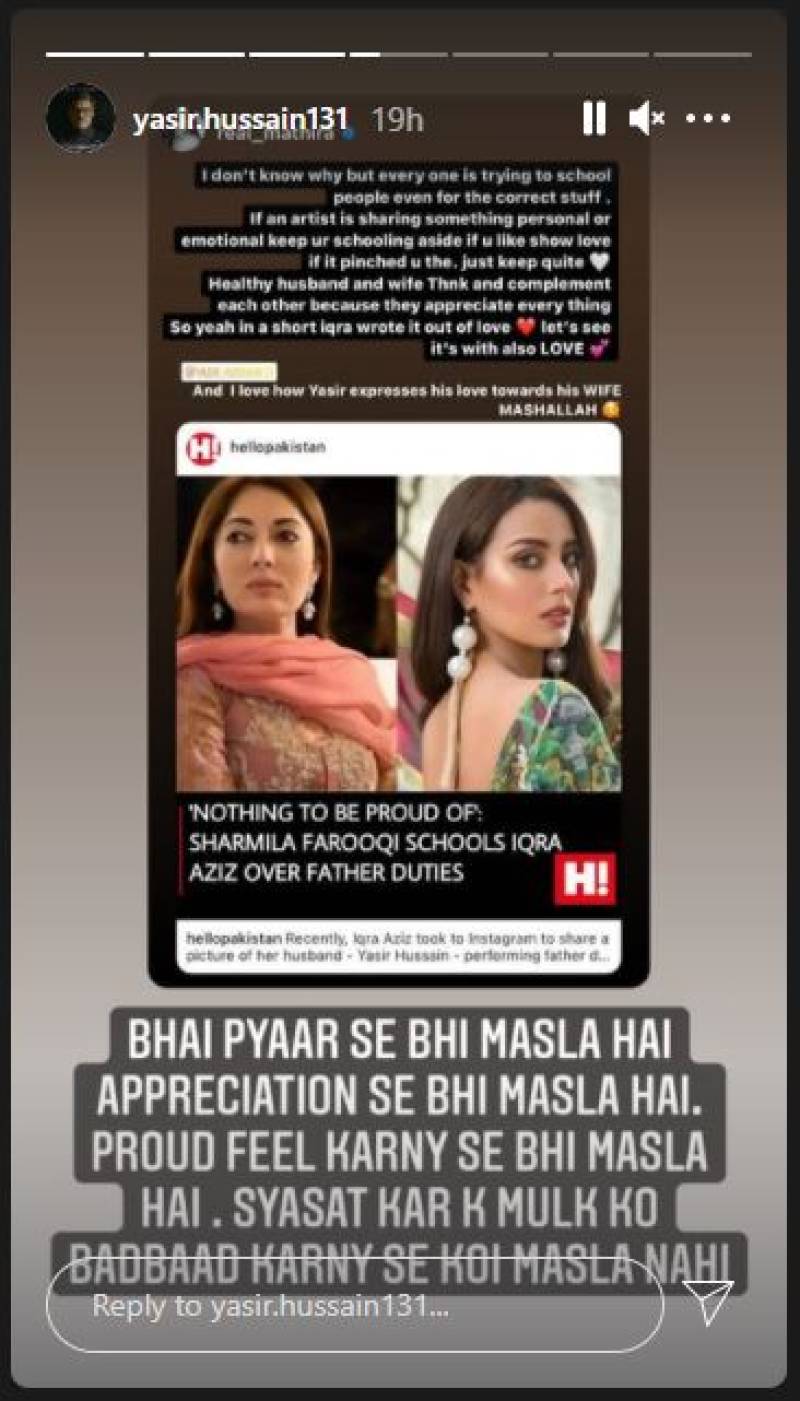 “You have issues with showing love, appreciating any act, or even if someone feels proud of anything. Yes, but there is no problem in ruining the country through politics”, he wrote while taking a jibe at Sindh's ruling party leader.

Previously, the Khuda Aur Muhabbat actor penned a long note for the husband, praising how a perfect husband and father he is. She also thanked Yasir for helping her so much during “this new phase of motherhood.”

In July, the star couple welcomed their first child together, a baby boy named Kabir Hussain. The duo announced the pregnancy on social media, with Aziz sharing an adorable photo of herself and Hussain on Instagram.

They both tied the knot in December 2019 and had been the talk of the town ever since Yasir’s impromptu proposal to Iqra at an award show ceremony.

The internet was left in ruckus after singer-politician Abrarul Haq's critique on mothers playing rhymes such as 'Baby ...