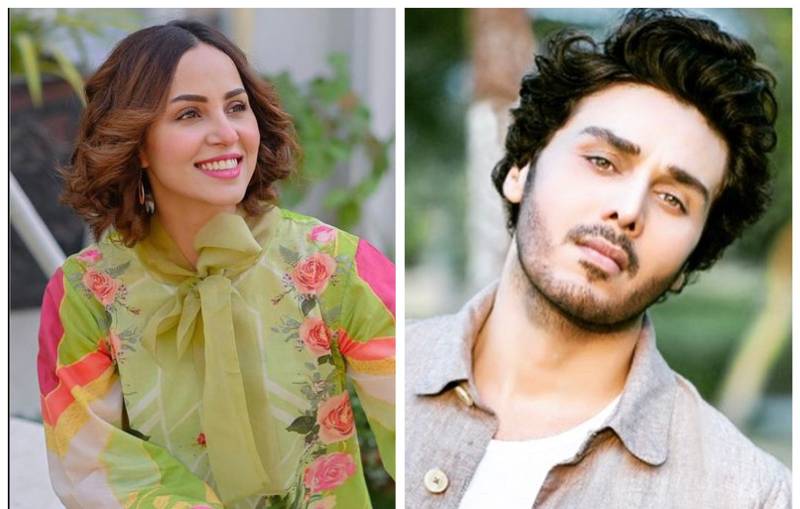 Lollywood diva Nimra Khan is undoubtedly a star performer who has amassed a loyal fan following due to her beautiful looks and charming persona.

This time around, the actress jumped on the bandwagon of recreating heartthrob Ahsan Khan viral meme which has been storming the internet, In the throwback clip, the Udaari actor talks in a forced British accent as says that he is “British-Asian actor mostly working from Pakistan” who lives “here and there”.

Taking to her Instagram handle, Nimra has hilariously recreated the video as she captioned the post, "@khanahsanofficial Mera bhi visa lagwado here n there ka :("

On the work front, Khan has been highly praised for her performance in the drama serial Aye Musht-e-Khaak co-starring Feroze Khan and Sana Javed.

Moreover, Ahsan Khan equally enjoyed the meme glory and was spotted laughing along as he posted a video of himself lip-syncing to the original audio along with his children.