PISA is taking place at the Coca-Cola Arena (Dubai) on Friday, February 7. 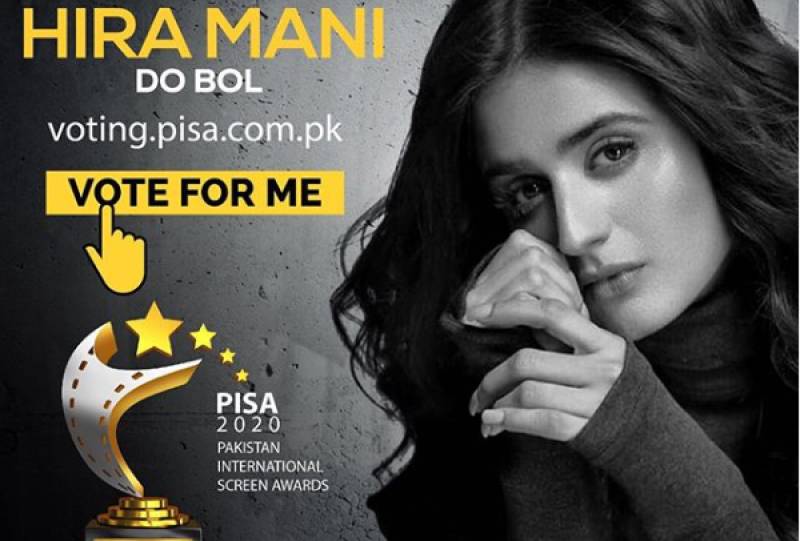 DUBAI - The gorgeous TV actress Hira Mani has been under the limelight after her brilliant performance in Do Bol as Gaiti. She has played the role of a beautiful girl who has a cheerful nature and is loved by everyone around her. She garnered love from the audience due to her superb performance.

Hira Mani is currently in Dubai to attend the upcoming Pakistan International Screen Awards (PISA) along with her husband Salman aka Mani. The Meray Pass Tum Ho starlet has been nominated for Best Actress (Critics) for her performance in the drama Do Bol.

Hira sang the Original Soundtrack of widely watched drama serial Do Bol ahead of the awards ceremony. The audience enjoyed her singing and applauded her beautiful performance.

KARACHI - Pakistani TV star Hira Mani has sent sweet wishes to her parents on their wedding anniversary with an ...

PISA is one of the biggest Pakistani film events to be held in Dubai. It brings together some of the best from the film, television, fashion, music and other industries.

LAHORE - The acclaimed Pakistani actor Adnan Siddiqui has vowed to provide a platform for female writers to ...