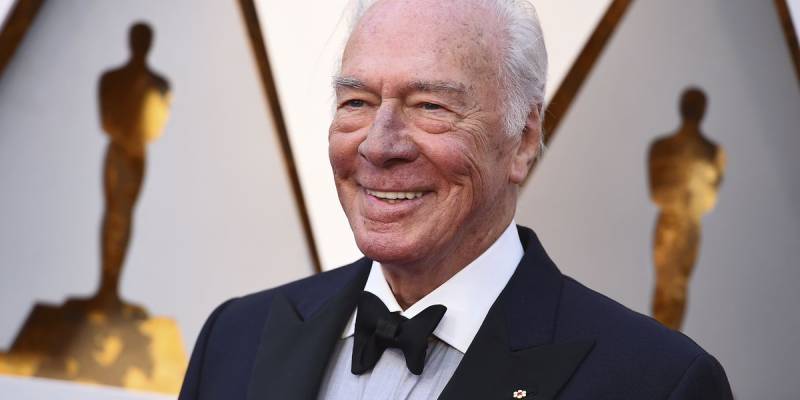 Christopher Plummer has died at 91 this Friday morning at his home in Connecticut, with his wife Elaine Taylor by his side, said Lou Pitt, his longtime friend and manager.

The versatile Canadian-born actor who rose to a celebrity as the romantic hero, was critically lionised among the pre-eminent Shakespeareans of the past century.

The award-winning actor played 'Captain von Trapp' in the film The Sound of Music, and at 82 became the oldest 'Academy Award acting winner' in history.

He had an impressive resume as he was an accomplished Shakespearean actor who was honoured for his varied stage performances in a career spanning for almost six decades.

At the age of 82, he became the oldest Oscar winner in 2012 for the film Beginners, and was also nominated for The Last Station in 2010 and All the Money in the World in 2018. In the latter film, he replaced Kevin Spacey whose performance as billionaire J Paul Getty was removed.

“The world has lost a consummate actor today and I have lost a cherished friend,” his close friend Andrews said in a statement. “I treasure the memories of our work together and all the humour and fun we shared through the years.”

“Chris was an extraordinary man who deeply loved and respected his profession with great old fashion manners, self-deprecating humour and the music of words,” manager Lou Pitt said in a statement.

“This is truly heartbreaking, What an unbelievable loss. Few careers have such longevity and impact. One of my favourite memories from Knives Out was playing piano together in the Thrombey house between set-ups. He was a lovely man and a legendary talent.”

Plummer flourished in a succession of meaty roles after 70 - a time in life when most actors merely fade away. One of his last major roles was in the dark comedy Knives Out in 2019.

Plummer appeared in more than 100 films, and also was nominated for an Oscar for his portrayal of Russian author Leo Tolstoy in 2009’s The Last Station. Further, he won two 'Tony Awards' for his Broadway work, two 'Emmy Awards' for TV work and performed for some of the world’s top theatre companies.