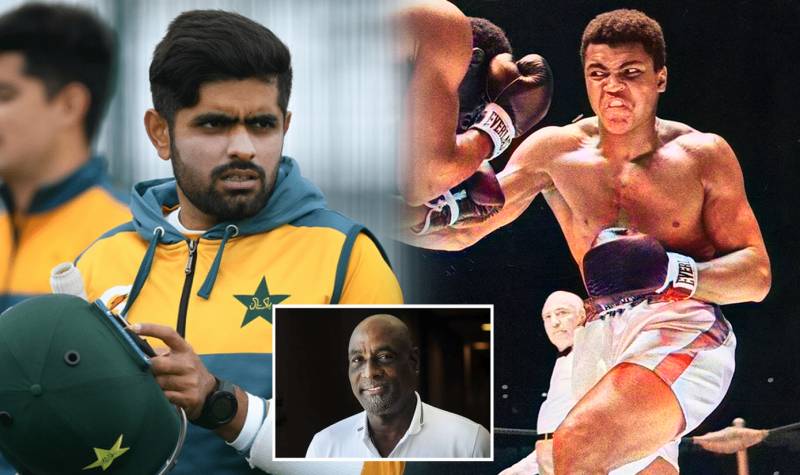 Speaking with a local news outlet, the cricket legend said Karachi Kings captain, whose laud-worthy batting was a treat to watch, is the best who plays conventional shots and shots that you will see normally in long formats.

“What I love about Babar is that you don't see what he's doing to you, he doesn't knock you out. He tends to be like a Muhammad Ali, when he boxes, he jabs and he hurts you. He is an individual that just has too much time to play, and it's a joy,” Richard was quoted saying about the Pakistani skipper who was crowned ICC Men’s ODI Cricketer of the Year.

Heaping praise on Kings’ skipper, he said the 27-year-old is part of that very rare group, who can score runs in conventional ways. Adding that, his elegance with the cover drive prettifies the shot in a customary manner.

LAHORE – Pakistan skipper Babar Azam has achieved another milestone in the calendar year 2021 by smashing most ...

Furthermore, he also commented on former Pakistani skipper Sarfaraz Ahmed. He said players usually face such patches in their career but it is important to do what they’ve been doing over the years to regain that confidence.

He said Gladiator's skipper is an individual with high energy. He is not just passionate for their own success but for the team’s success, he opined.