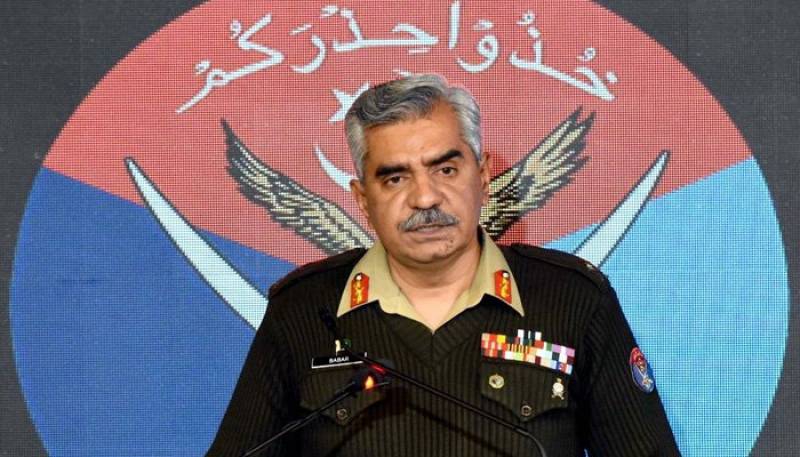 RAWALPINDI – Inter-Services Public Relations (ISPR) Director-General Maj Gen Babar Iftikhar said on Wednesday that peace talks with the outlawed TTP had been suspended and the Pakistan Army would continue operations until the elimination of terrorism from the country.

Speaking at a media conference at the ISPR office, the military spokesman said that operations against the armed group known as the Pakistani Taliban were resumed after a deadlock in talks .

The ISPR DG for the first time explained how the talks with TTP started, saying it was a ‘confidence building measure’. “The ceasefire ended on Dec 9 last year. As far as the talks are concerned, they are on hold and operations are continuing,” he said.

Delving into details, he said Islamabad had given a requirement to the interim Afghan government that the terror group should not use Afghan soil against Pakistan.

He added that they played their part in bringing the TTP to the table and making them accept what Pakistan wanted however those conditions were yet to be settled. “TTP is not a monolith organization as they have internal differences”, he said explaining why talks end without any advance. He said, “there were some conditions that were non-negotiable for us.”

General Iftikhar also dismissed reports that some fighters of the banned terror group were released during the ceasefire.

Shedding light on achievements made under combined military operation in the year 2021, he said that around 60,000 intelligence-based operations were carried out that helped dismantle terrorist networks in the region.

Around about 70 percent of possible terror threats were averted on the basis of 890 threat alerts issued by the intelligence agencies during this period, he claimed.

His statements on peace talks come after Tehreek-e-Taliban Pakistan announced an end to a month-long ceasefire with the Pakistani government, accusing authorities of reneging on promises made in the initial stages of peace talks.

The ceasefire started on November 9 with the armed group, which has been fighting Pakistan’s forces since 2007 and has carried out dozens of attacks targeting civilians and security forces across the country.

Prime Minister Imran Khan earlier announced that talks between the two sides were ongoing, following the fall of the Afghan government to the Afghan Taliban in mid-August.

In 2014, TTP attacks were dropped since a military operation pushed the group out of its erstwhile stronghold of North Waziristan district, but some attacks have continued to take place however the group once again expanded its influence in Pakistan’s northwestern border regions with Afghanistan.