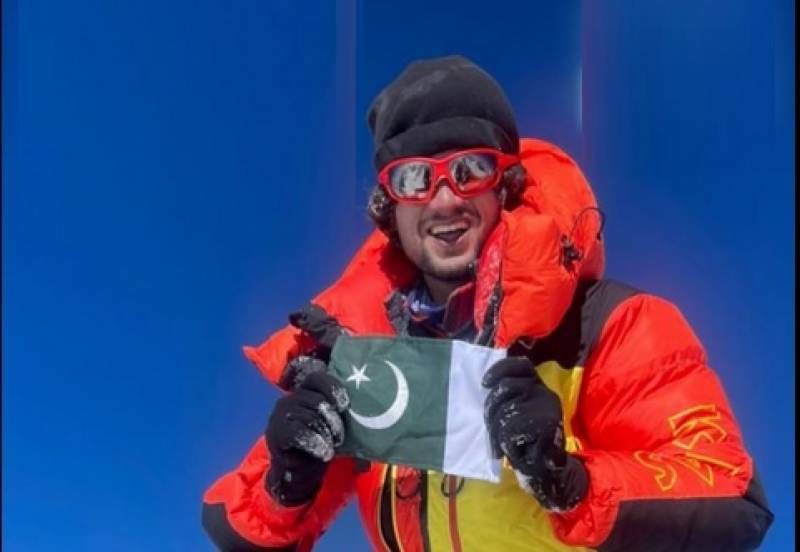 Kashif and Fazal Ali went missing between Camp 4 and 3 Tuesday night and ground teams were put on alert to launch a rescue operation.

Authorities in Gilgit-Baltistan had also decided to start an aerial search for the missing climbers in the morning if weather condition allowed it.

Shehroze Kashif’s father Kashif Salman had also made an appeal for immediate arrangements to rescue his son and other climber. He said that the mountaineer duo could not reach Camp 3 last night after summitting Nanga Parbat due to bad weather and there was no contact after 7 pm yesterday.

In fresh update shared on Shehroze Kashif’s facebook page, it was announced that both Shehroze and Ali are seen descending from Camp 4.

“On their own, they spent the night in open to wait for weather to get clear and resumed their descent early in the morning. Ma Sha Allah, the duo is showing great resilience and willpower to manage things themselves in death zone and now approaching Camp 3 soon In Sha Allah,” read the post.

A day earlier, Shehroze Kashif has set another record by becoming the youngest climter to summit Nanga Parbat.

The ‘Broad Boy’ has scaled Mount Everest, K2, Kangchenjunga, Lhotse, Makalu, Manaslu and the Broad Peak, and the Nanga Parbat was his eighth summit of an 8-thousander peak.

He aims at summiting all the 14 eight-thousander peaks across the globe.

ISLAMABAD – Pakistan's young mountaineer Shehroze Kashif earlier this month added another feather to his cap, as ...