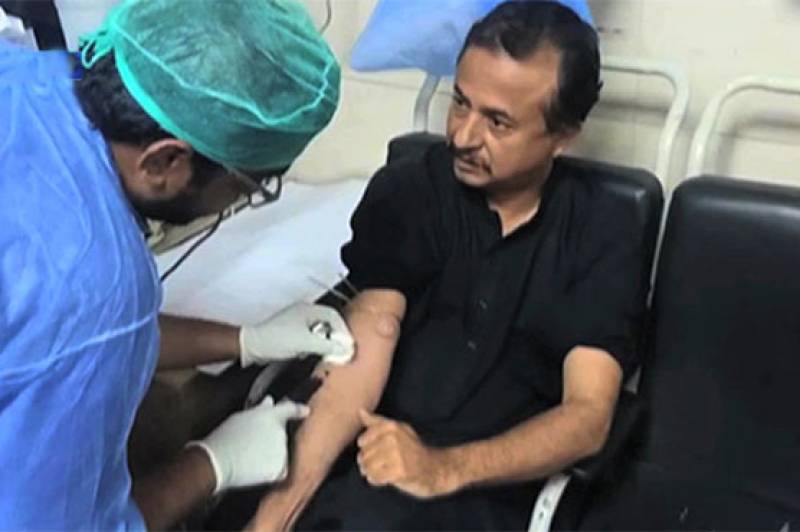 KARACHI – Pakistan Tehreek-e-Insaf (PTI) leader and opposition leader in Sindh Assembly Haleem Adil Sheikh has been shifted to the hospital for the second time as his health deteriorated on Friday.

Sheikh has been shifted to Jinnah Hospital due to renal problems and swelling on his feets.

The PTI leader underwent some basic medical tests at the Jinnah Hospital. Earlier on Feb 22, the opposition leader in Sindh Assembly was first moved to Jinnah Hospital after he complained of angina.

KARACHI – Leader of the Opposition in the Sindh Assembly and ruling party leader Haleem Adil Sheikh has been ...

He was arrested on Feb 16 after clashes took place amid polling in Karachi’s PS-88 constituency. Later, he complained about the snake’s presence in his prison cell and subjecting him and other PTI activists to brutal torture.