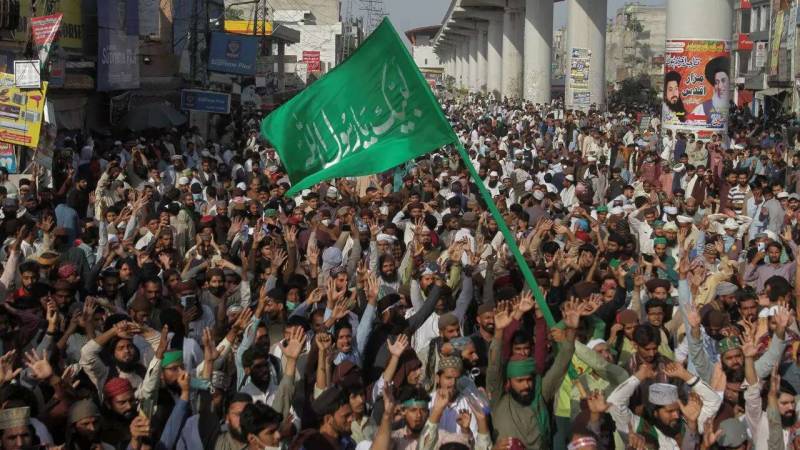 ISLAMABAD – The federal cabinet on Saturday approved a summary to revoke proscription on the Tehreek-i-Labbaik Pakistan (TLP), local media reported.

The federal cabinet gave approval through a circulation summary sent by the Interior Ministry after the TLP assured the government it would not hold violent protests in future.

The cabinet of Punjab Chief Minister Usman Buzdar had recommended removal of the ban on the TLP.

The development comes after a secret agreement between the government and TLP following a protest by the religious outfit.

The PTI government had banned the religious party after its protests turned violent earlier in April, designated it as a terrorist group and arrested its chief Saad Rizvi.

In line with a secret deal, the government in the country’s most populous province has decided to remove the names of around 100 activists of the group from the Fourth Schedule. The decision was taken during a meeting chaired by the Punjab law minister in Lahore. Officials also decided to release TLP activists from different jails.

Earlier, a senior TLP leader said the government had released over 1,000 supporters of the party and would free more than 1,000 and drop all criminal charges against them under the ‘peace agreement’.

LAHORE – The workers of the banned outfit continued their sit-in in Wazirabad even after signing a peace ...