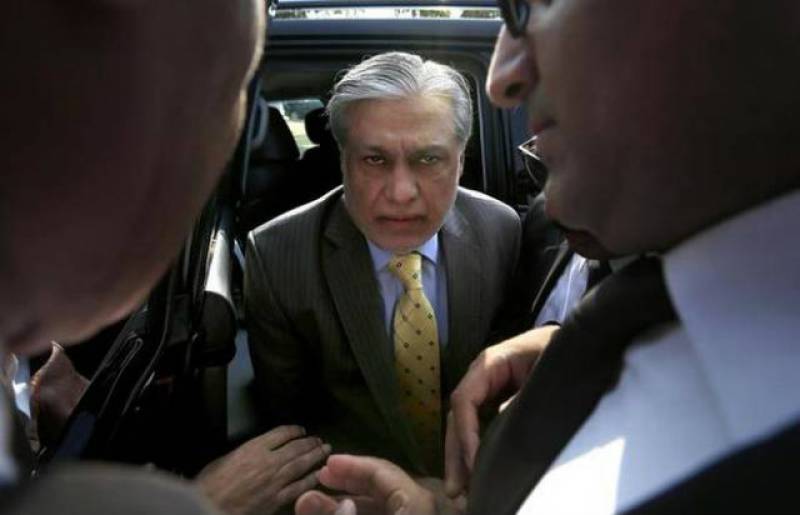 ISLAMABAD – In a surprise move, the National Database and Registration Authority (NADRA) has sacked the official who had provided records to the National Accountability Bureau (NAB) for corruption reference against Finance Minister Ishaq Dar and is a key witness in the case.

It surfaced on Thursday when NADRA informed the NAB that prosecution witness Operations Director Syed Qaboos Aziz has been terminated, adding that a new focal person has been deputed for assistance in the case.

NADRA’s response came after NAB sent a notice to Qaboos Aziz, who is one of the 28 witnesses of NAB, directing him to be ready for giving his statement along with essential documents in the case before the accountability court.

The NAB notice states, “You are prosecution witness in the reference. Hence you are requested to be available for recording of evidence along with necessary record in this month on short notice”.

It is notable that the official was sent packing two days after he provided Dar’s family record to the anti-graft watchdog to prepare reference against him for possessing assets beyond means.

Aziz’s statement is worthwhile to back the NAB’s allegations of acquiring assets in his own and his dependents’ names as he had provided complete family tree of the minister assisting the bureau to trace assets in foreign countries.

The operations director had been appointed by the NADRA to assist the NAB following its request and he handed over the details to authorities on August 21.

After two day on August 23, Aziz, who had joined NADRA in 2001, was sacked without citing any reason through a letter as saying, “It is to inform you that your service contract is hereby terminated with immediate effect”.

The anti-corruption watchdog had filed a reference against the minister following the directions issued under Panamagate verdict on July 28.

On September 27, the finance minister had been indicted for possessing assets beyond his known sources of income, while the NAB had given a list of 28 witnesses to prove its allegations.

On October 4, the accountability court started recording statements of the witnesses as it had summoned two of the witnessed named Ishtiaq Ahmad Khan and Tariq Javed, both were bank officials. The court has also summoned other witnesses in the case.