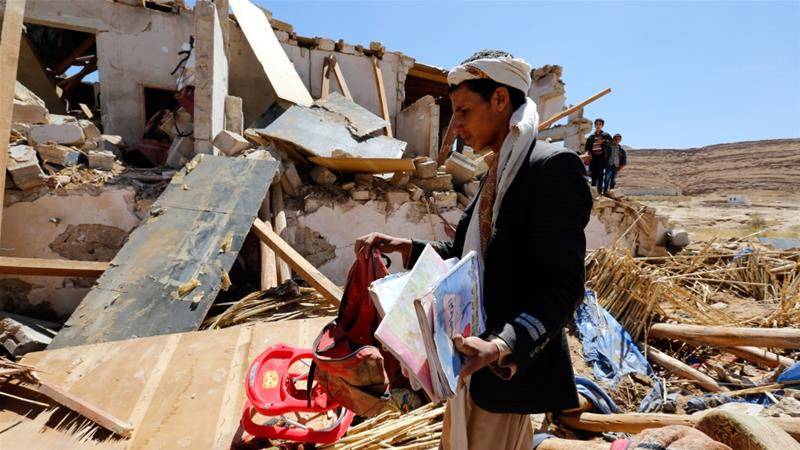 NEW YORK - The United Nations has put a Saudi-led military alliance on a blacklist for killing and injuring hundreds of children during air strikes in Yemen.

The name of Saudi-led alliance, which was formed in 2015, was added to the annual list of the UN chief for killing and maiming 683 children during 38 confirmed strikes on schools and hospitals in 2016.

According to international media, Yemen’s Houthi rebel group is also on the list attached to the annual report, which has been prepared by U.N. Children and Armed Conflict, for killing 414 children during the said period.

Names of Yemen government forces, pro-government militia and Al Qaeda in the Arabian Peninsula are also blacklisted for violations against children in 2016.

The blacklisted groups will not be subjected to any UN action, but the report is for shaming them and forcing them to not violate children rights.

Regarding Sauid-led alliance, the annual report noted, however, that the coalition had "put in places measures during the reporting period to improve the protection of children".

UN Secretary-General Antonio Guterres, who submitted the report to the Security Council on Thursday, said the purpose of the blacklist was "not only to raise awareness" but also to "promote measures that can diminish the tragic plight of children in conflict".

It is important to mention that the alliance was also included in the list of 2016, but it struck off by then US head Ban Ki-moon citing pressure from Gulf states.

As a result, more than 10,000 were killed, and three million have been displaced from their homes.