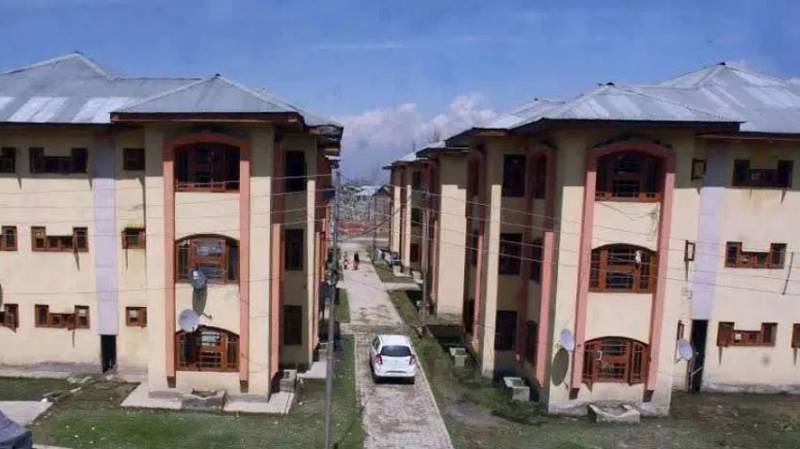 SRINAGAR – India is constructing transit accommodation for migrant Pandits in the Kashmir Valley as a new ploy to change the demography of the illegally occupied state of Jammu and Kashmir.

India is bound under international law not to change the demography of the territory but construction of transit camps for Hindus is in progress in all districts of the disputed Himalayan valley.

Meanwhile, Chairman Jammu and Kashmir Social Peace Forum Devinder Singh Behl told his party members that peace in South Asia will remain a distant dream till the settlement of Kashmir dispute in accordance with relevant UN resolutions and aspirations of the Kashmiri people.

Bahl added that Pakistan has always wanted a lasting and peaceful solution to the Kashmir dispute but India’s stubbornness has always been the biggest obstacle in this regard.

He urged the international community to play its role in resolving the long-standing dispute for lasting peace and security in the region.

The region of Jammu and Kashmir has been under an unrelenting military siege imposed by Narendra Modi-led fascist Indian government on August 05, last year.

A report released by the Research Section of Kashmir Media Service on the completion of 14 months to the military siege on Tuesday revealed that Indian troops martyred 253 Kashmiris including 6 women during the period.

The troops arrested 14,096 persons, molested or disgraced 89 women and damaged over 968 houses and structures during the period.

Hurriyat leaders have urged the international community to prosecute Indian troops for committing crimes against humanity in Kashmir.