No evidence of capital flow between Yabaite and Pakistani company: China 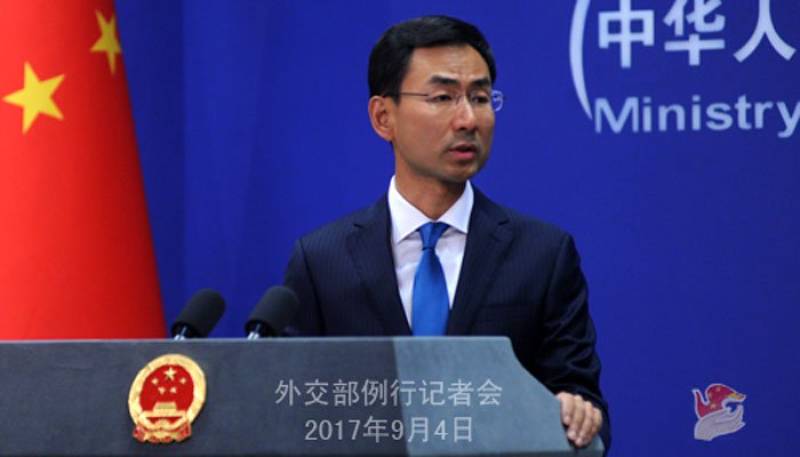 ISLAMABAD - China announced on Wednesday that it found no evidence of any economic relations or capital flow between Jiangsu-based Yabaite Technology Co. Ltd and other Pakistani company or individual.

Foreign Ministry Spokesperson Geng Shuang while speaking in his regular press briefing said that on May 12, China Securities Regulatory Commission (CSRC) issued a public notice that the Jiangsu Yabaite Technology Co. Ltd inflated its operating incomes and profits by fabricating overseas engineering projects from September 2015 to 2016.

“The CSRC, along with the relevant Pakistani authorities, has probed into the company involved. It did not admit the letters from the prominent Pakistani political figures submitted by this company as evidence,” he said.

Adding, the CSRC will hand out an official punishment to the company involved and publicise the result of the punishment in accordance with law in days.

He reiterated that the Chinese government has always requested the overseas enterprises to operate in a law-abiding manner, investigate, and punish the activities violating law and regulations in accordance with law.

“China stands ready to work with Pakistan to promote the sound development of China-Pakistan economic cooperation,” the spokesperson said.

Earlier, the Chinese government clarified that Yabaite Technology Co. Ltd, a Chinese firm alleged to be involved in a corruption scandal linked to the Multan metro bus project, was not working in Pakistan.

Lijian Zhao, Deputy Head of Mission at Chinese Embassy in Islamabad, responding to a tweet said that the Chinese firm in question does not operate in the country.

“Thx for advice. This Chinese company Yabeite was not working in Pakistan. It made up some fake letters to cheat government and was punished,” he tweeted.

In another tweet, the diplomat said CPEC projects are transparent and clean and there is zero tolerance for corruption. Agencies