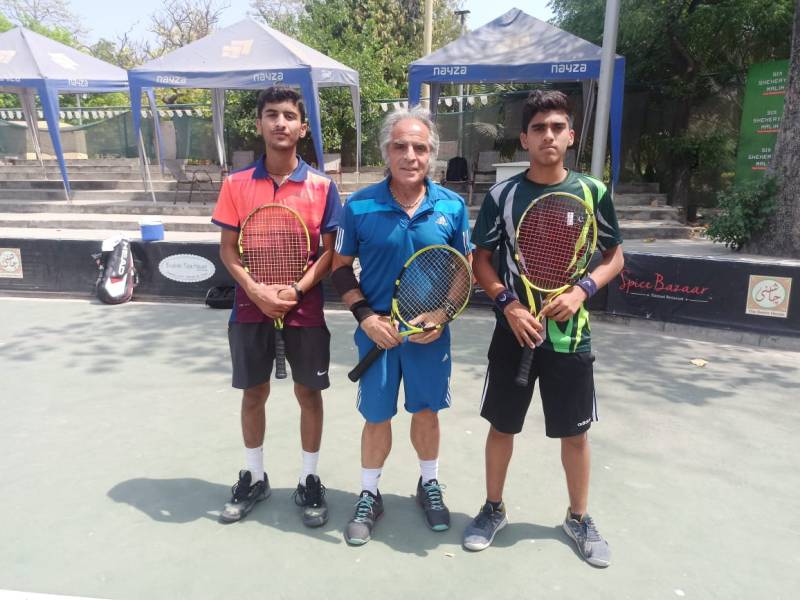 LAHORE – The training camp of the Boys Under-16 Junior Davis Cup team for the World Group qualifying round matches is in full swing under the supervision of renowned coach Rashid Malik here at the Punjab Tennis Academy, Bagh-e-Jinnah.

The Junior Davis Cup team consists of Bilal Asim, Hamid Israr and M Huzaifa Khan. Both Bilal and Hamid are training hard under the able guidance and coaching of Rashid Malik while M Huzaifa Khan didn’t report to the camp yet.

The training camp rolled into action from April 4 and will conclude on April 8. After that, the national junior team will be leaving for New Delhi on April 9 and the main event will be held from April 11 to 16 at RK Khanna Stadium, New Delhi.

Talking to the media here on Wednesday, team captain Rashid Malik (Tamgha-e-Imtiaz) said: “The camp is being conducted in hot weather, where I am trying to train the youngsters well, getting them mentally tough ahead of the big event. But the group this time is very tough. They are thoroughly professional with million-dollar budgets for betterment of tennis. They are spending a lot on their players to train them well and providing them good number of ITF events so that they may further excel at higher level.

“There is a dire need for the PTF and government to improve the infrastructure and arrange maximum ITF and ATF events for Pakistani players at home and abroad, so that they may continuously take part in the international events and earn crucial points to improve their international rankings as well as their games and skills,” said the renowned coach, whose aim is to produce tennis champions like he has been doing for the last three decades.

“The PTF should also send the national team to the venue of the event a bit earlier, as the players need to adapt to the conditions and if they practise there, it will further sharpen their chances to give their best against their respective opponents,” said Malik, who will also be defending his ITF Senior 45plus title in Delhi after the Junior Davis Cup event.

Speaking about his preparation about the mega event, Pakistan No 1 U-16 player Bilal Asim said: “Our practice under the coaching of Sir Rashid Malik is going well as we are training hard and trying to improve our game and skills. Although the competition is very tough as top tennis playing nations are featuring in it, yet we will try to give tough time to our opponents.”

Another talented player Hamid Israr said: “Sir Rashid Malik has been training us very hard and under his guidance, we are learning well and improving our skills and techniques. The key thing of the camp is that Sir Malik is trying to make us mentally and physically strong and we will try to give tough fight to our respective opponents.”