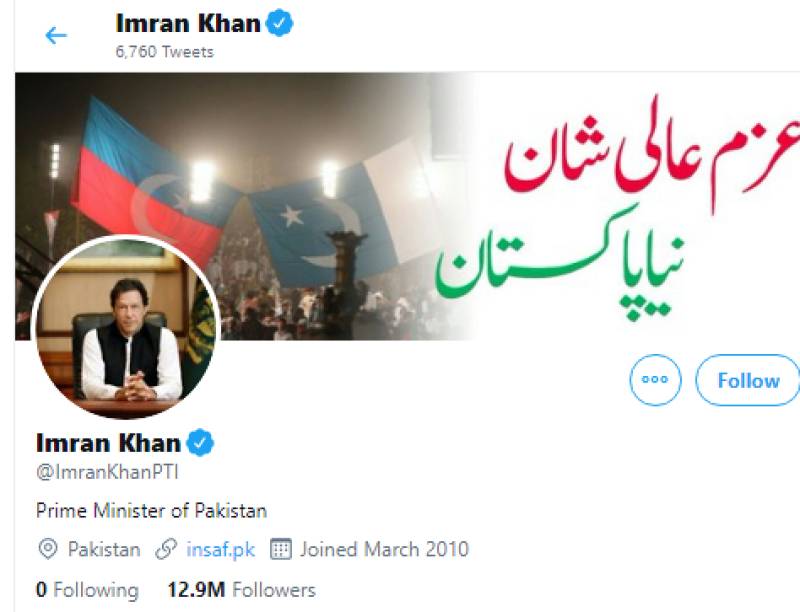 The cricketer-turned-politician is followed by millions of people on Twitter but he followed a small number of people, including his former wife Jemima Goldsmith.

Imran Khan is followed by 12.9 million people on Twitter. He emerged as ninth most-followed world leader on the microblogging site in July this year, according to a study by Burson Cohn & Wolfe (BCW).

LAHORE - Fawad Hussain Chaudhry, the spokesperson for Pakistan Tehreek-e-Insaf, came under fire on Monday for making an ...

Twitter users were quick to notice the 'U-turn' with some making hilarious comments.

Even though @ImranKhanPTI unfollowed everyone but I am sure something inside Jemima just broke. 💔

The man has literally divorced her, why can't unfollow :P

Some also compared Imran Khan to his political rival Nawaz Sharif as the latter also did not follow anyone. 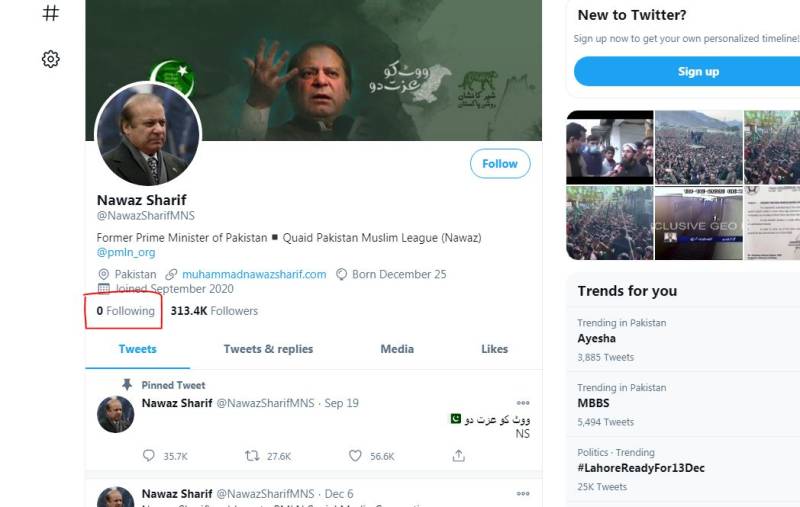 However, no any official response has been issued on the development to make it clear whether it is technical glitch or the premier has surely unfollowed everyone.