Malala calls for US action on girls’ education in Afghanistan 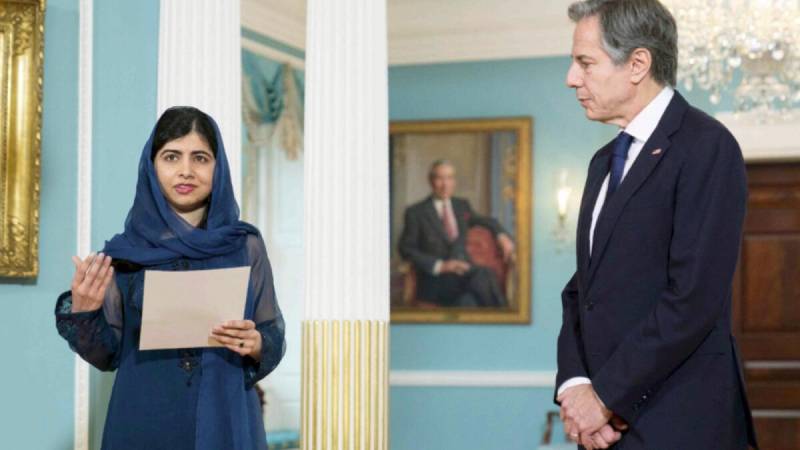 WASHINGTON – Pakistani Nobel laureate Malala Yousafzai, who was attacked for campaigning for female education, on Monday called on US Secretary of State Antony Blinken for stronger US support of Afghan girls and women.

Women rights activist, who is in Washington, decried the change under the new setup in Afghanistan, where freedom of women has disappeared. She urged greater focus on the millions of Afghan girls who are being denied secondary education.

Prior to the start of the closed-door meeting, the newlywed activist noted that “Afghanistan right now is the only country where girls do not have access to secondary education.”

Today I met @Malala, whose story and voice have encouraged women and girls everywhere to stand boldly in their strength and purpose. We discussed the role of girls’ education and how investing in women and girls creates a brighter future. Thank you, Malala, for all that you do. pic.twitter.com/9wmcUaj9XX

The 24-year-old further mentioned that girls are prohibited from learning, and I have been working together with Afghan girls and women's activists, and there is this one message from them: that they should be given the right to work. They should be able to go to school, she said.

Malala also added that she has a letter addressed to US President Biden from a 15-year-old Afghan girl revealing the closures of schools in the landlocked country, and requested the senior US official to pass it on to Biden.

"Girls' education is a powerful tool for bringing peace and security," Pakistani activist said, quoting from an Afghan girl's letter to her, adding “If girls don't learn, Afghanistan will suffer, too”.

Nobel Prize-winner Malala Yousafzai met with U.S. Secretary of State Antony Blinken and pressed for concerted action to protect girls' access to education in Afghanistan and around the globe pic.twitter.com/4XTf3A8Iwl

Sharing some details, he added, “I’m very much looking forward to talking to her about the work that she’s doing, the work that we’re doing, and to hear from her, her ideas about how to be more effective at making sure — as we’re working for gender equity — that girls and women have access to education.”

Nobel laureate Malala Yousufzai has said that the statements are not enough and Taliban must guarantee and protect the ...

Earlier in October, US officials announced that the US will provide $144 million dollars in aid to Afghanistan, but most of that will go towards humanitarian needs.