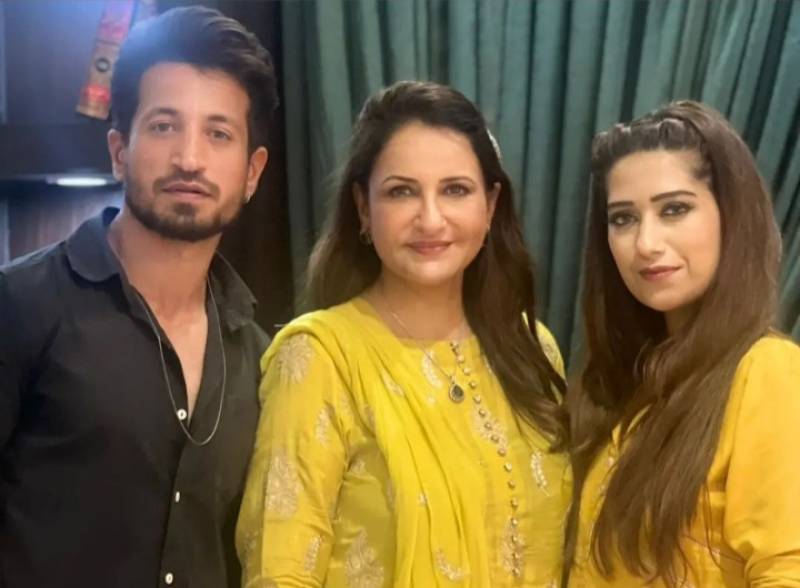 One of the most successful actors of the Pakistani drama industry, Saba Faisal has been forced to sever ties with her son and his wife due to irreconcilable issues. The veteran actress posted an Instagram video to make the announcement.

For starters, the 64-year-old actress' son Salman, who is also part of the showbiz industry, is married to social media influencer Neha Malik.

The tension between the two sides escalated amid reports that the couple was separating. However, they reconciled and are now parents to a baby boy. Although the families let bygones be bygones, the damage was done and their relationship was strained irreparably.

The Nikah actress addressed recent speculations about her family and her relationship with Malik. Although Faisal remained tight-lipped about Salman and Neha, not giving many details, her message was clear.

In the three-minute-long video, the Guzaarish star announced that her whole family — her husband, daughter and son Arsalan Faisal — has nothing to do with Neha and Salman anymore.

The Dil-e-Momin actress revealed, "There's an important reason why I am making this video at this hour. I have never washed my dirty laundry in the public in this manner. However, I have been forced to discuss my personal matters publicly. To everyone who has been abusing me under Neha's post, I want to say that when a woman like Neha becomes part of a family - someone who's as negative as her - the family falls apart."

Faisal added, "I have been living a very difficult life for the last four years. I was worried about my son and kept wondering how he will live his whole life with a woman like Neha. I won't get into details but the severity of the situation could be understood that I have resorted to making a video about it."

The Sangat actress suggested, "We kept quiet about it because if we say anything, it goes viral. I just want to announce that we have no link with Neha. If my son, Salman, wishes to stay with his wife, our family has no association with him as well. If he believes his wife can bring about comfort and honour in his life here and in the life hereafter, he can be with her but we have severed ties with Salman."

Requesting her followers not to pick sides and jump to conclusions, the Habs star said, "You can't judge us on such comments. I am not asking you to decide without listening to the other side of the story nor am I holding anyone accountable. I am only saying Salman can live with his wife if he wishes, but we have decided to part ways with him as a family."

Teary-eyed Faisal concluded, "If a mother makes such a statement, then I am sure you could understand [the circumstances]."

The actress raked support from her entertainment industry peers although netizens have been divided into polarised opinions. 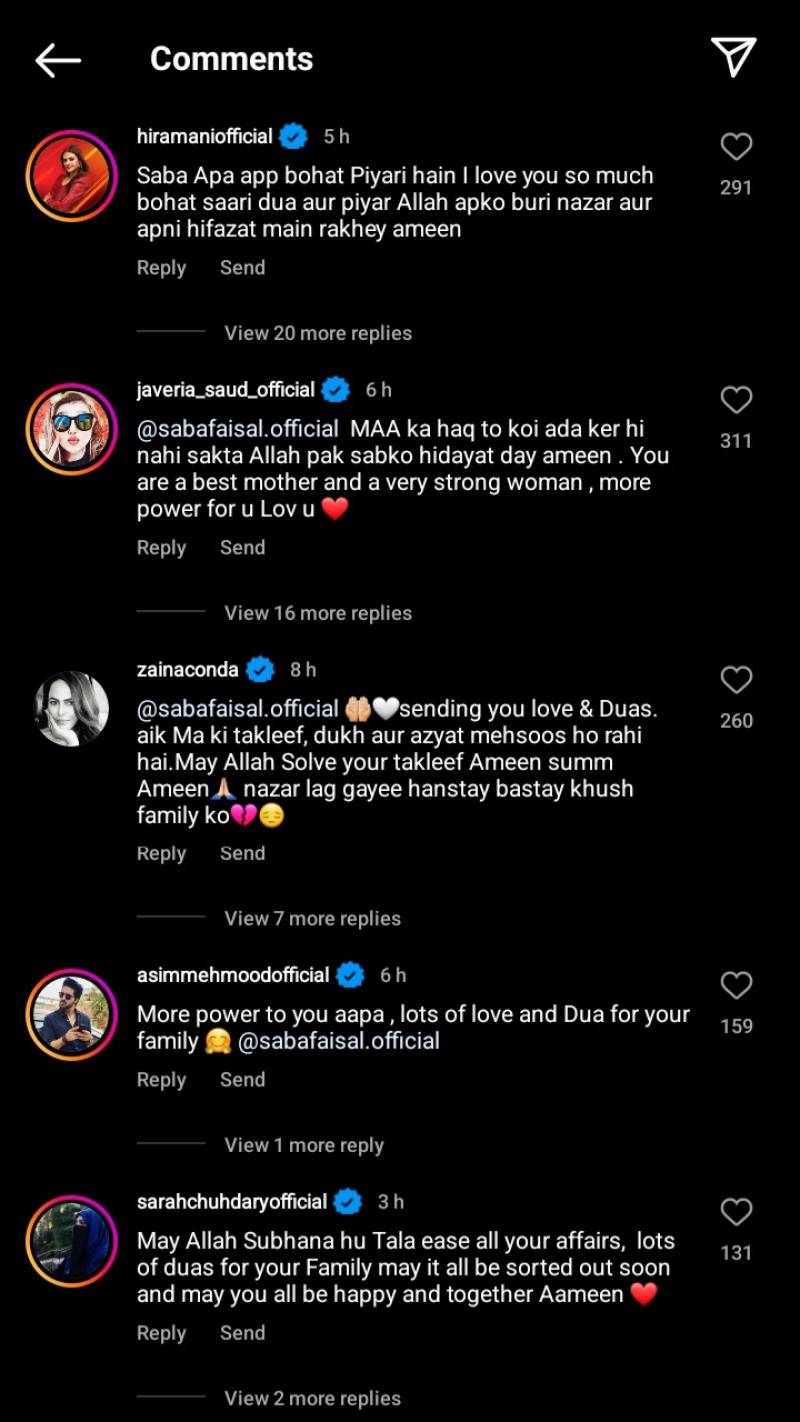 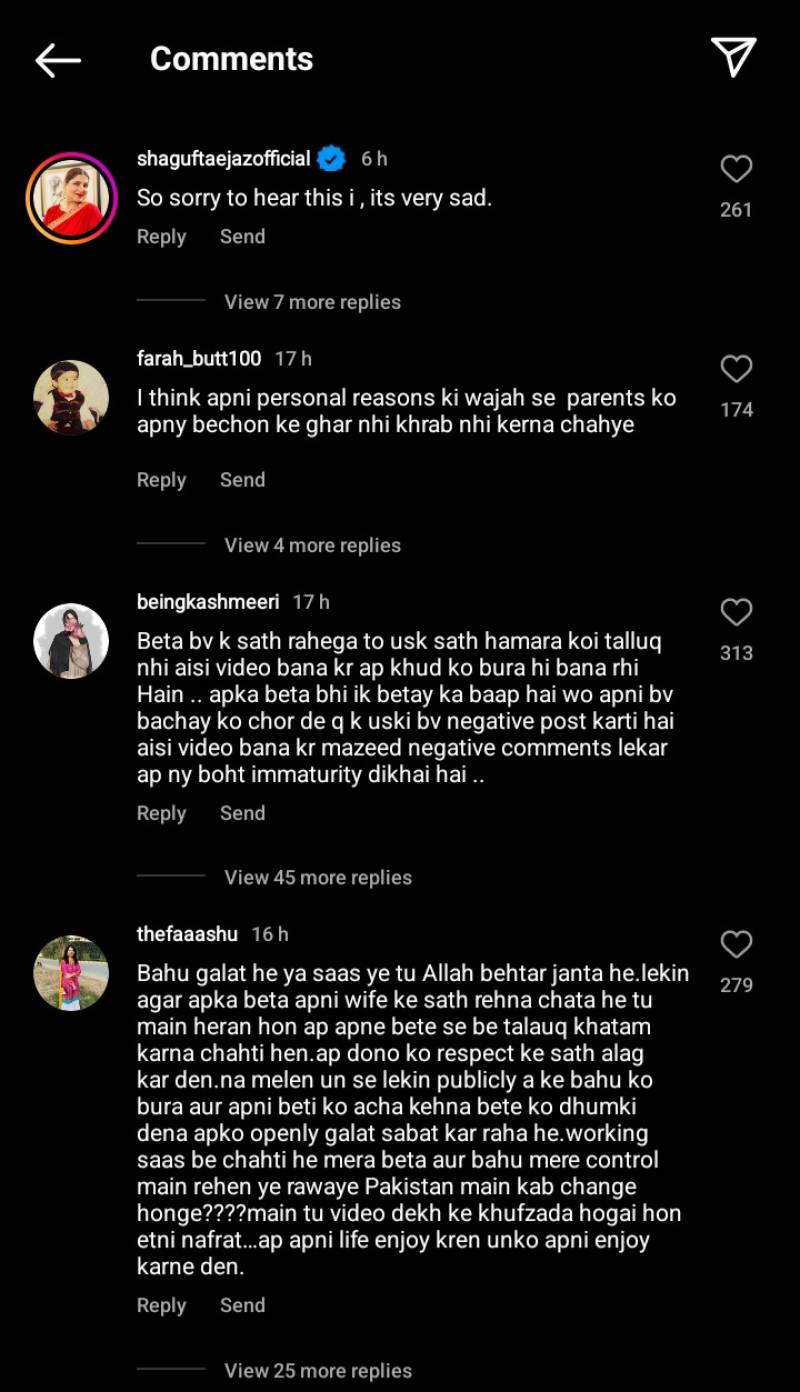 Following the shocking video, Faisal’s elder son, Arslan also went into some details. He shared a lengthy note to opine on the situation.

Veteran actress Saba Faisal gets candid about her cosmetic procedures