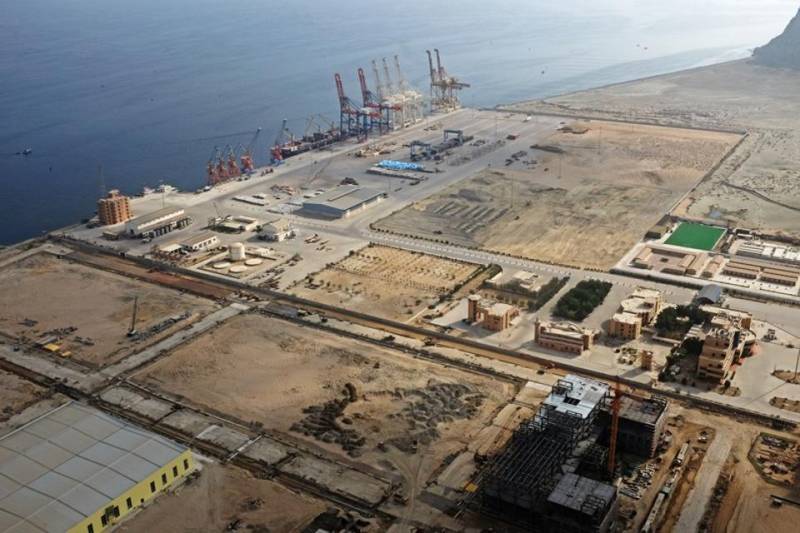 BEIJING - China is planning to build an offshore naval base near Pakistan’s Gwadar on the Arabian Sea, media reports said, a year after Beijing opened its first such faculty at the Horn of Africa in Djibouti.

Pakistan has consistently denied reports that any Chinese military facilities were planned or being built on its soil, but speculation remains of a Chinese military presence off the Pakistani coast.

The South China Morning Post (SCMP), quoting Beijing-based military analyst Zhou Chenming, reported the base near the Gwadar would be used to dock and maintain naval vessels as well as provide other logistical support services. “China needs to set up another base in Gwadar for its warships because Gwadar is now a civilian port,” Zhou said.

The SCMP report quoted analyst Zhou as saying that it was “common practice to have separate facilities for warships and merchant vessels because of their different operations. Merchant ships need a bigger port with a lot of space for warehouses and containers, but warships need a full range of maintenance and logistical support services.”

Another source close to the People’s Liberation Army (PLA) confirmed that the navy would set up a base near Gwadar similar to the one already up and running in Djibouti. “Gwadar Port can’t provide specific services for warships ... Public order there is in a mess. It is not a good place to carry out military logistical support,” the source said.

The SCMP report follows another report this week on Washington-based website The Daily Caller, in which retired US Army Reserve Col Lawrence Sellin said meetings between high-ranking Chinese and Pakistani military officers indicated Beijing would build a military base on the Jiwani peninsula near Gwadar and close to the Iranian border.

Sellin said the plan would include a naval base and an expansion of the existing airport on the peninsula, both requiring the establishment of a security zone and the forced relocation of long-time residents. He also said the Jiwani base could be “signs of Chinese militarisation of Pakistan in particular, and in the Indian Ocean.”

Gwadar Port is a key part of the China-Pakistan Economic Corridor (CPEC), a centrepiece of Chinese President Xi Jinping’s broader Belt and Road Initiative to link China to Africa, Europe and beyond through trade and infrastructure. The corridor is a multibillion-dollar set of infrastructure projects linking China and Pakistan and includes a series of road and transport links.

Chinese military observers have said Gwadar had great geostrategic and military importance to Beijing, but it was not about to “militarise” Pakistan.

Zhou said China — largely limited to the Strait of Malacca in Southeast Asia — wants better access to the Indian Ocean and the Gwadar Port could be a transit hub for sea and land routes once the CPEC’s railway was up and running, helping improve and cut the cost of logistics for China.

“The Chinese naval flotilla patrolling in the Gulf of Aden and other warships escorting Chinese oil tankers in the Indian Ocean need a naval base for maintenance as well as logistical supplies because they can’t buy much of what they need in Pakistan,” Zhou added.