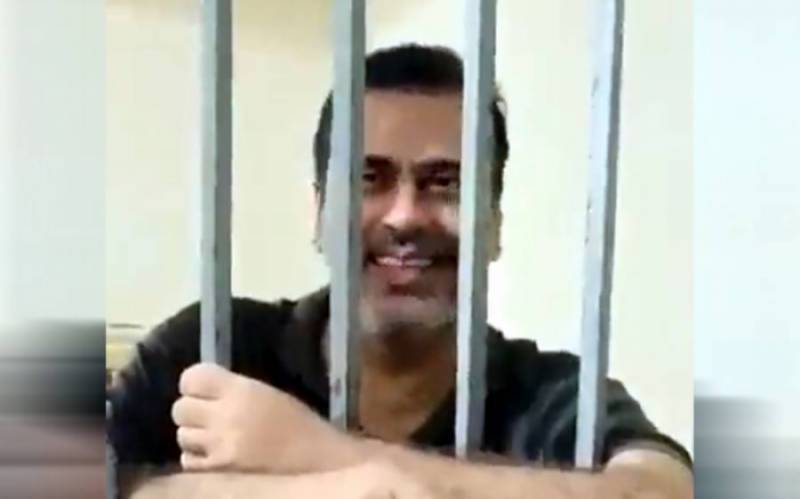 ATTOCK – A court on Thursday dismissed a case against senior journalist and anchorperson Imran Riaz Khan, ordering police to release him immediately if he wasn't wanted in another case.

Judicial Magistrate Attock Yasir Tanveer issued the verdict after it was reserved at 3am in the today’s morning.

“…..keeping in view the above said facts and circumstances and guidance from the above said case laws, at this moment the case in hand is not a case of sufficient evidence which connect the accused Imran Riaz with the commission of the offence as embodied in the crime report, therefore, the accused Imran Riaz Khan is hereby discharged from this case,” the judge stated in the eight-page order.

The court ordered the police to immediately release the anchorperson if he wasn't needed in any other case.

Imran Riaz Khan was produced before the Attock court on Wednesday following his arrest, but the magistrate declined to hear the case as he was also booked under the Prevention Of Electronic Crimes Act (PECA) 2016.

Later, the anchorperson was taken to the court of Judicial Magistrate Muhammad Pervaiz Khan in Rawalpindi, who ordered the removal of sections related to PECA in his case and referred it back to the Attock court.

The Attock court has ordered the release of the senior journalist after hearing the arguments. However, he has now been taken into custody by Chakwal police in another case.