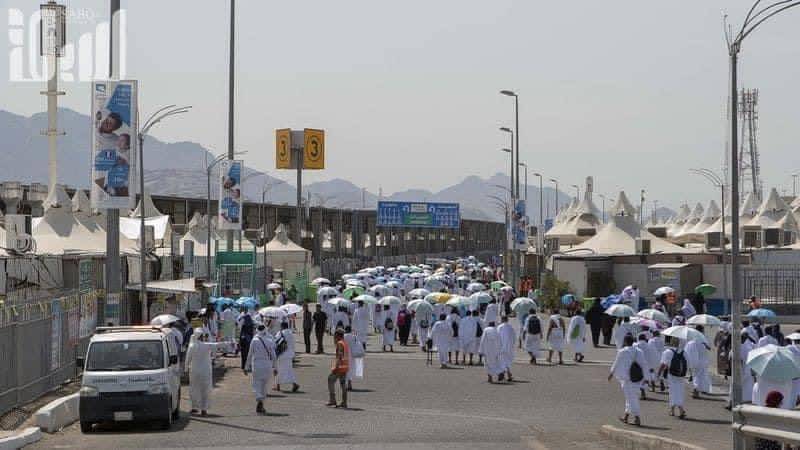 MAKKAH – More than one million pilgrims have started moving to Mina, the tented city around five kilometers away from Grand Mosques of Makkah, for performing Hajj rituals in largest gathering after two years of Covid-19 pandemic.

Pakistan has been allotted a quota of 81,132 pilgrims for this year’s Hajj, with 32,000 people using a government scheme and 48,000 traveling using private operators.

A day earlier, the pilgrims performed the ritual of Tawaf Al-Qudum (Tawaf of Arrival), before leaving for Mina on the Day of Tarwiyah.

The pilgrims will offer five prayers in Mina today (Thursday) and they will head to Arfat on Friday to perform the Rukn-e-Azam of the Hajj “Waqoof-e-Arafat”.  They will offer Zohr and Asr prayers together and will stay at Arafat the whole day in prayers, Wazaif, and Talbia.

They will also listen to Hajj sermon from Masjid-e-Nimra, which will be delivered by Dr Shaikh Muhammad Bin Abdul Karim Al-Issa.

After Sun set, they will leave for Muzdalifah where they will offer both Maghrib and Isha prayers together and spend the whole night under open sky.

JEDDAH – Saudi Arabia declared it mandatory for women aged below 45 to travel to the kingdom for Hajj along with ...