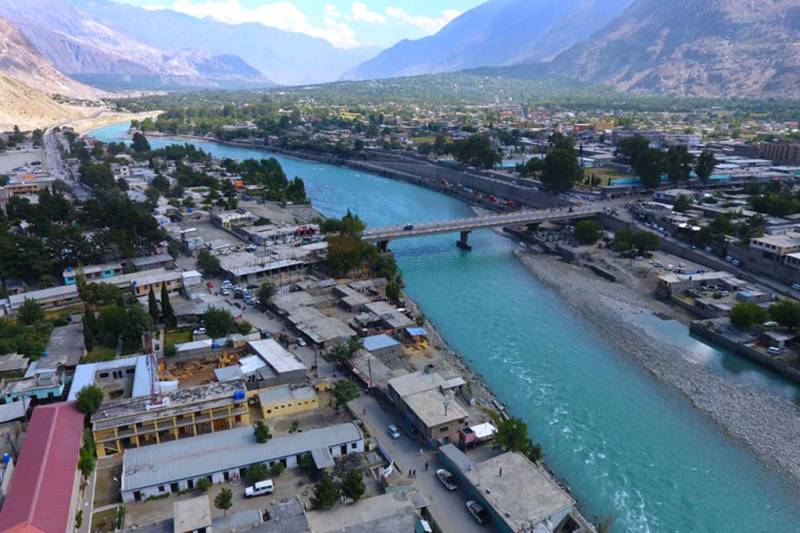 NARAN - The tourists from plain areas of Pakistan have thronged to scenic hilly resorts and lush green valleys in northern Khyber Pakhtunkhwa including Naran and Kaghan valleys of Manshera district to enjoy almost week-long holidays in pleasant weather conditions.

Most of scenic hilly valleys and tourist destinations such as Kaghan, Naran, Nathiagali, Ayubia, Donga Gali, Saiful Mulk lake, Kalam, Bahrain and Malam Jabba are flooded with domestic and foreign tourists during Eid days where hardly a room was available for tourists in hotels, restaurants and rest houses, forcing people to spend night in tents, make-shift hotels and rented houses’ rooms vacated by the native people.

Naran and Kaghan, famous hilly tourists towns of Manshera district have witnessed an influx of tourists from all the provinces including AJK and Gilgit Baltistan where owners of hotels, plazas, restaurants, and houses are earning great profits during Eid days.

Owing to a massive increase of domestic tourists, the local people have vacated rooms of their houses for tourists in Kaghan, Naran, Nathia Gali, Ayubia, Kalam, Swat, and Gilgit Baltistan by earning two times high this year due to significant improvement of law and order situation.

Many tourists of low-income groups and middle class have brought their own beds by staying under an open sky to enjoy pleasant weather in Naran and Kaghan valleys.

Located on the bank of Kunhar River in Manshera, Narran has witnessed an influx of tourists due to the presence of famous Saif-ul-Malook lake, Lalazar Babusar, Noori and Purbi Valleys where families and students are enjoying waterfalls, horse riding, and boating in a pleasant atmosphere.

In Kaghan-Naran, several communications uplift projects including parks, highways, widening of links roads/streets, beautification of tourists places were completed that added beauty of these picturesque valleys and provide better communication facilities to tourists.

The significant improvement of law and order situation has immensely contributed to this massive surge in domestic tourism in Northern KP including Kaghan, Nathia Gali, Naran, Sogran, Madian, Kalam, Saiful Mulk and Maho Dhand lakes where the government has improved facilities for tourists through the enhanced communication network.

For the first time in the history of the province, the KP Government has introduced the Tourists Police in Manshera district where hundreds of thousands of tourists have reached Kaghan and Naran valleys to celebrate Eid ul Fitr in a most befitting manner.

The district administration Mansehra have established four facilitation and guidance centers for tourists about the weather conditions, road clearance, accommodation, and other facilities.

The tourists were directed to get the travel advisory from the tourist reception at toll plaza Manshera and then continue their journey to Kaghan and Naran.

To continue the flow of the traffic and maintain law and order during the eid vacations besides 107 traffic police officials 700 policemen and officers are also performing duty in Kaghan, Naran and other areas of Manshera in two shifts.

The tourists and residents of northern areas are traveling through Battagram Kohistan Karakoram Highway (KKH) after closure of Manshera Naran Jalkhad Challas Road (MNJC) road towards Babusar Top for vehicular traffic as the area had received heavy snowfall during the last winter and expected to open after June 15.

Zeeshan Khan, a tourist from Nowshera district told APP on Monday that he came along with friends to Kaghan to enjoy Eid holidays due to its pleasant weather.

The Kaghan-Naran is very pleasant and people can come here without any fear to enjoy its natural beauty, waterfalls, cool breeze, and lush green valleys, he said.

"Prior to Kaghan-Naran, I visited Nathia Gali Abbottabad and Malam Jabba on the first and second day of Eid to enjoy pleasant and cool weather there," he told APP.

He said weather of Galyat and Malam Jabba were very pleasant where floating clouds mesmerize the tourists.

He said high charges of hotels and high prices of daily use commodities needed to be checked by the district administration and proper arrangements should be made for car parking at tourists places for the facilitation of tourists.

Zeshan Khan said Rs 6000 to Rs 10,000 per room is being charged for per night stay from families by private hotel owners in Nathia Gali and Kaghan-Narran and demanded strong actions against profiteers during Eid holidays.

He lauded Manshera and Abbottabad traffic police for making proper arrangements for smooth flow of traffic during Eid days.

He also appreciated efforts of Galyat Development Authority (GDA), Abbottabad and Swat traffic police for making foolproof arrangements for the facilitation of tourists.