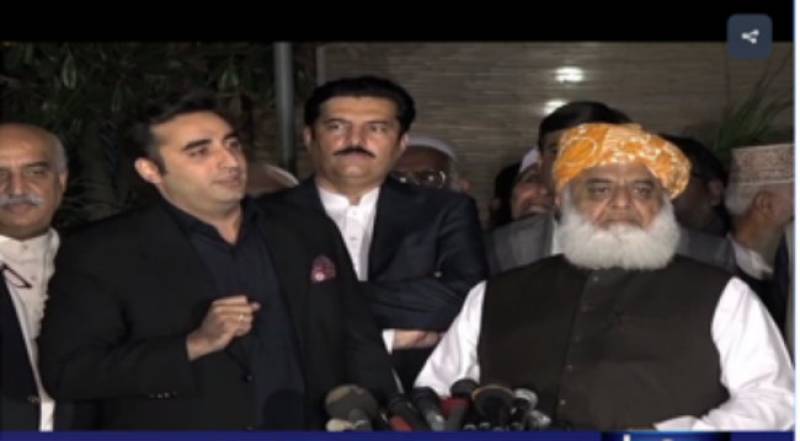 He added that his criticism was due to ‘Modi-Nawaz friendship’ on Friday.

"Bilawal Bhutto, on one hand, calls the prime minister a traitor and then goes to the joint sitting of the Parliament to gladly shake hands with him," Khan noted.

The PTI chief was referring to a slogan Bilawal was seen chanting during his election campaign in Azad Kashmir. "Modi ka jo yar hai, ghaddar hai ghaddar hai (Whoever is a friend of Modi is a traitor)."

“I can never think about calling the country’s elected prime minister a traitor,” Bilawal told reporters after a meeting with Jamiat Ulema Islam-Fazl (JUI-F) chief Maulana Fazlur Rehman in Islamabad.

Bilawal also urged the JUI-F chief to persuade Prime Minister Sharif to order an inquiry into the Panama Leaks.  "Maulana Fazlur Rehman is my uncle," he stated.