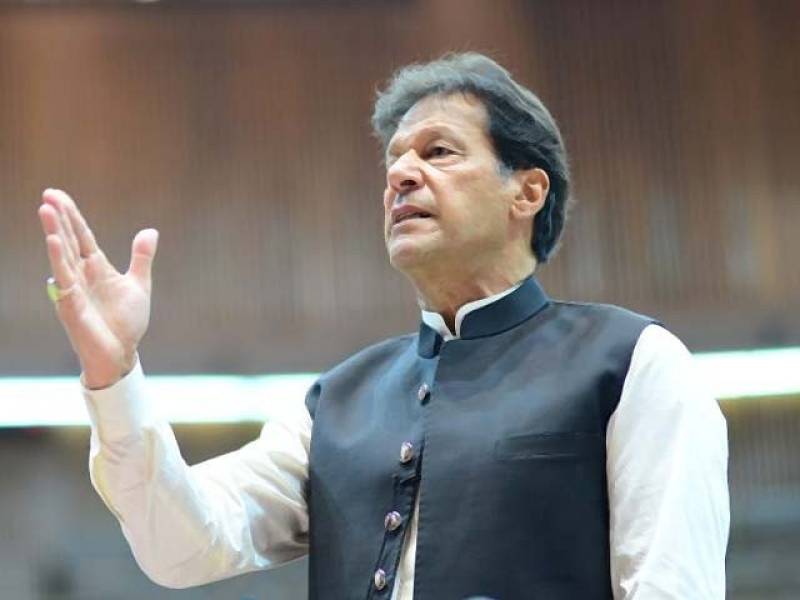 ISLAMABAD – Prime Minister Imran Khan reiterated the provision of justice as he performed the groundbreaking of the new building for district courts in the country’s federal capital.

Addressing the ceremony, the premier said the Pakistan Tehreek-e-Insaf government will take all measures to facilitate the judiciary as the provision of justice to every Pakistani is on top of the list.

Khan recalled that in the 1960s, Pakistan was a role model for the world as many countries followed us. "From health, education to economic development, the country was prospering in every sector", he said.

"Pakistan was at number four in terms of development in Asia," he opined, adding that the country had top-class medical facilities and educational institutions. However, the country started to lag behind and the states that followed its development model surpassed it.

PM, while comparing Pakistan with the neighboring countries, said India and Bangladesh, the two South Asian states, also surpassed us in development, saying these countries progressed because of the rule of law.

Prime Minister Imran Khan assured the nation on Sunday the man involved in Noor Mukadam’s murder would not escape ...

He also mentioned that rule of law is important for foreign investment because people will only invest when they will have confidence in the justice system.

In past, previous governments failed to ensure swift justice to people because powerful segments of the society do not want to be held accountable. He added that a society that manages to implement the rule of law becomes civilized and prosperous.

Speaking about the lawyers' movement, Khan said he joined the struggle because it stood up to a military dictator for the cause of an independent judiciary."It was an epic and democratic struggle for the rule of law," he said, mentioning that he was disappointed because the lawyers' movement took a different turn and failed to deliver.