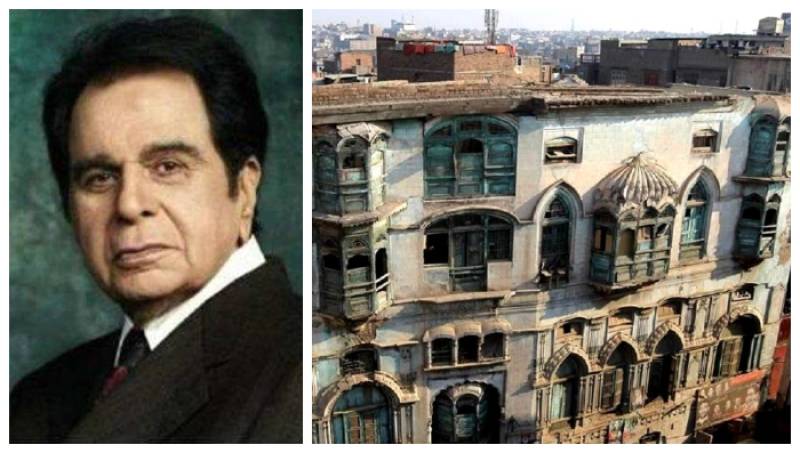 The decaying mansions in Peshawar, which was once home to Bollywood icons Raj Kapoor and Dilip Kumar, are being brought to life.

Urging to reach an agreement for the purchase of the two historic constructions for transforming them into museums, settlements are underway between Pakistan’s Khyber Pakhtunkhwa government and the owners of the ancestral houses of legendary Bollywood actors Dilip Kumar and Raj Kapoor.

A Peshawar-based spokesman for Dilip Kumar, Faisal Farooqui revealed that the city lives in the heart of Kumar, and that he always discusses his association and sweet memories with his birthplace and the ancestral home in Mohallah Khudadad where he was born in 1922 before being shifted to India in 1935.

Further, he revealed that the family and the fans of the 98-year-old actor are enthusiastic over the government's decision of conversion of the historic buildings into museums to honour the Bollywood legends.

Since the decision of the government of Pakistan to preserve Dilip Kumar's house and Kapoor Haveli, and turn it into a museum had been put to work, fans of Bollywood legends are really excited.

Earlier this month, the provincial government approved the release of Rs 23.5 million to purchase the ancestral houses of the two legendary actors located in the heart of Peshawar.

After the procurement, both the houses will be converted into museums by the archaeology department of Khyber Pakhtunkhwa.

However, the owners of the ancestral houses have refused to sell the buildings at the rate fixed by the provincial government, saying the prime location property has been severely undervalued. The owner of Dilip Kumar's house is demanding Rs 250 million, while the owner of Raj Kapoor's house is seeking Rs2000 million.

Previously, the owners of the two buildings made several attempts to demolish them for constructing commercial plazas in view of their prime location. Even though they were stopped by the archaeology department, keeping in view their historic importance, there has been no conclusive decisions regarding the buildings.

Located in the heart of the historic walled city, the decaying mansions in Peshawar, which was once home to Bollywood ...